New isn’t good enough at the ATA show. New is everywhere. I want to see something big, something radically different.... 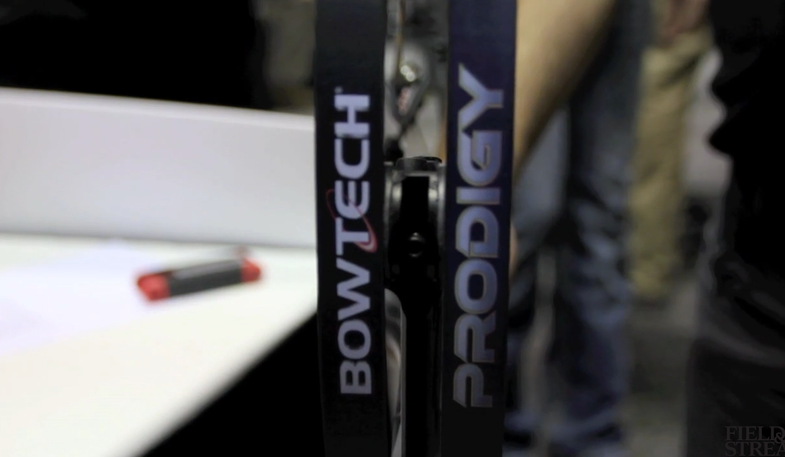 New isn’t good enough at the ATA show. New is everywhere. I want to see something big, something radically different. Last year, Obsession Archery grabbed me—and everyone else—by the wattles with the Evolution. How could so fast a bow have so generous a valley?

This year, so far at least, it’s the Bowtech Prodigy, with its never-seen-before Powershift Technology, which features a three-position gear that allows you to change the bow’s draw-force curve.

In the Performance setting, the Prodigy is a speed bow, with an IBO of 343 fps. In the Comfort setting, is a smooth bow with a generous valley. The Classic setting splits the difference. In my tests, the speed differential from one setting to the next is about 6 fps. The Prodigy has a 7-inch brace height, 32-inch axle-to-axle length, and weighs 4.2 pounds—good all-around hunting specs.

Hits: Each setting delivers a noticeably different shooting experience, and going from Performance to Comfort transforms the whole character of the bow. Changing the settings is easy, too, requiring only an Allen wrench.

Misses: In the Performance setting, it’s not as fast as most of this year’s speed bows. (But it’s still plenty fast.) Also, one can reasonably argue that most shooters will rarely, if ever, bother to switch from one setting to another. Haters are already calling it a gimmick. Maybe I could go along with that somewhat if the new technology somehow negatively affected the bow’s overall performance. But I’ve shot the Prodigy quite a bit (I’ve killed two deer and three pigs with it) and can tell you that it doesn’t. It’s an extra, a bonus feature for which there’s no big tradeoff.

What’s more, many shooters never get to own or shoot enough bows to really know what kind of draw-force curve suits them best. With the Prodigy, they can do that with just one bow. As I say in this video, it’s like your bow shop pro sending you home with three bows for the price of one and saying “keep them as long as you want, and when you figure out what you like best, just bring me back the others.” Except you don’t have to bring back the others.
**
What Else You Should Know**
The new Bowtech Boss is basically a long-draw version of the Prodigy, including Powershift technology, with Performance, Classic, and Comfort settings. The 36-inch axle-to-axle length, 7-inch brace height, and 4.6-pound weight, and 333 fps IBO delivers the smooth-drawing, steady-on-target shooting experience long-draw archers love.