In a move that has many whitetail biologists celebrating, Missouri Governor Jay Nixon vetoed a bill last week that would... 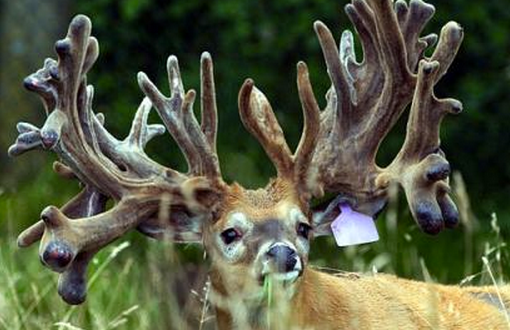 In a move that has many whitetail biologists celebrating, Missouri Governor Jay Nixon vetoed a bill last week that would have classified captive deer as domestic animals, regulated under the same rules as cattle, sheep, and hogs. Nixon’s comments following the veto stressed that the state’s Department of Conservation must maintain authority when it comes to deer management.

“Whitetail deer are wildlife, and they are also a game animal,” he said. “Putting them behind a fence does not change that.”

The Missouri Department of Conservation fought hard against this bill. Among its chief concerns was the possible spread of Chronic Wasting Disease (CWD), discovered in wild Show-Me-State deer just four years ago in Linn and Macon counties—in each case within two miles of captive-deer facilities. The MDC has had special CWD management plans for hunters in both areas ever since.

The captive-deer industry has been lobbying hard for deer-as-livestock legislation in recent years, and the issue was a hot topic at the QDMA Whitetail Summit I attended this past March. While there, I asked QDMA Education & Outreach Coordinator Kip Adams what his best-case scenario (outside of eliminating high-fence operations altogether) would be for this situation. “It’s critical that state biologists are involved in monitoring captive whitetails,” he said. “These professionals are familiar with deer diseases that many in the ag industry are not, and state agencies need to inspect fencing and insure that captive deer don’t escape. Also, we really need to shut down the transportation of captive deer across state lines.”

I couldn’t agree more. You can stick a whitetail deer behind a fence, but that doesn’t turn it into a cow. It’s critical that state wildlife agencies remain involved in the management (for lack of a better term) of captive whitetails, and I’m hopeful that Governor Nixon’s decision will inspire other state leaders to resist pressure from the captive-deer lobby.