My Sister Wants to Bowhunt?

In Exhibit 30,212 in the Life Is Weird files, my sister Jo announced this summer that she wants to start...

In Exhibit 30,212 in the Life Is Weird files, my sister Jo announced this summer that she wants to start bowhunting. In the interests of good taste, I will not disclose her specific age, but I will hint that it is somewhere north of 40 (in the sense that Anchorage is north of Tallahassee.) While Jo obviously grew up in a hunting household, she had never shown the slightest interest in hunting and has given me a fair amount of grief over the years for wanting to kill and eat wild creatures. 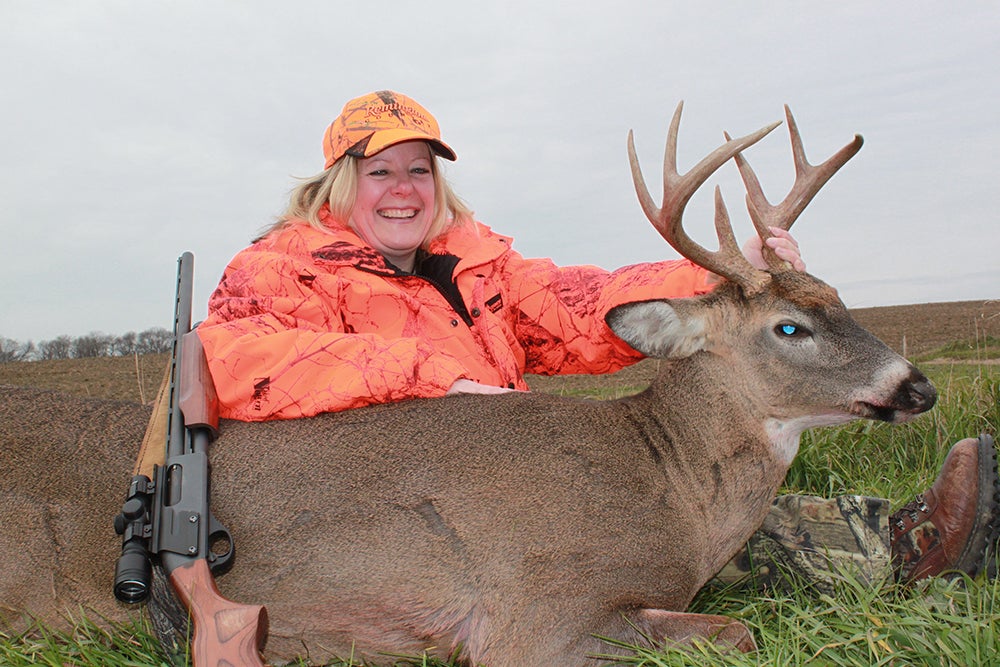 All that changed when she met and married my brother-in-law, Craig, an ardent hunter. Suddenly hunting didn’t seem so bad, and before long Jo was tagging along on turkey hunts, then grouse and pheasant outings. She killed her first gobbler a couple years back, and last November shot her first whitetail buck with a shotgun.

So when she told me she wanted to learn to shoot and eventually hunt with a bow, I was (after the initial shock) happy to help. But matching a new archer with the right bow is always tricky. Ideally, the bow should have a draw weight light enough for a beginner to handle, and yet offer enough adjustment range so that the shooter can pull heavier poundage as she gets stronger. (A wide range of draw length adjustments is also key for young archers who will grow.) A smooth draw cycle and light weight are usually pluses for a first bow, too.

By coincidence, I was approached about this same time by the folks at Mathews , who wanted me to take a look at their new GenX , which is a direct descendant of their wildly popular Genesis, the bow that’s been a huge hit in the National Archery in the Schools Program (NASP) and has introduced thousands of youngsters to the sport of archery. The GenX is basically the Genesis on steroids, with an adjustable draw weight that maxes out at 40 pounds. That’s a legal hunting weight in Minnesota, which made me think the GenX would be a perfect fit for Jo.

So, after she and Craig took a trip to a pro shop to have the GenX fitted to her draw length and weight and set up (the GenX comes with an awesome kit that includes sight, rest, quiver, and four arrows, which saves a pile of money on accessories), I stopped at their house to supervise one of her first shooting sessions. Like most beginners, Jo needed just basic instruction on the proper stance, finding and maintaining a solid anchor point, and the basic steps to insuring a consistent shot. After a few arrows, she was doing just fine.

All that’s left now is for her to practice on her own, build some strength, and improve her accuracy and effective range. Then who knows? Maybe she’ll join me for a bowhunt this fall. If I can get over the irony, I’m sure it’ll be fun.