Video Tip: How to Digiscope a Buck

I knew what digiscoping was long before I knew what it was called. Last summer my buddy and expert whitetail... 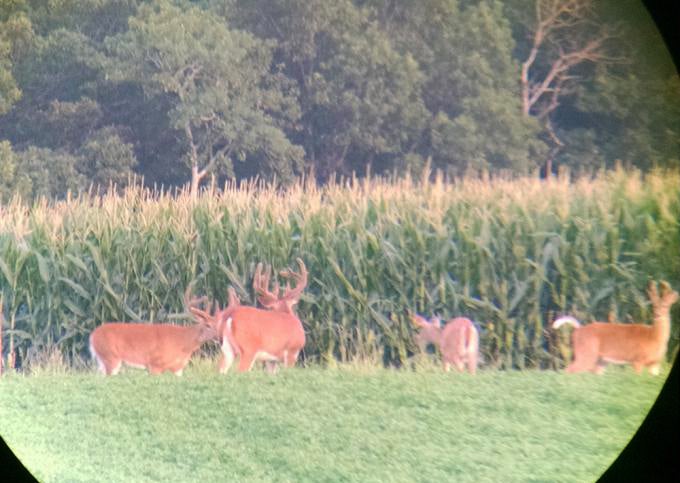 I knew what digiscoping was long before I knew what it was called. Last summer my buddy and expert whitetail hunter Bob Borowiak was sending me pics of a giant buck he was hunting. The photos were clearly not from a trail cam, and when I asked Bob how he took them, he said, “I’ve got this thing that mounts my phone to my spotting scope, and I just shoot the pics with the phone.”

So that was my introduction to digiscoping. I got a closer look this month when I bought a HookUpz™ unit from Carson that promised to be a universal mount and would marry any Smartphone to any spotting scope or binocular. Only “universal” turned out to be a bit of an overstatement in this case; my buddy had an Iphone 6 and the Hookupz wasn’t large enough for that mega-phone. It worked fairly well with my Android, though the rubberized tongs on the Hookupz occasionally messed with the phone’s power switch. So my first lesson was this: If you’re getting into digiscoping, make sure you buy a unit that actually, verifiably fits your phone—and not one that only promises to.

After clearing up some setup hurdles, I discovered that digiscoping is a hoot.

The first evening I tried it, I spied a nice little bachelor group of bucks feeding behind my neighbor’s barn. I set up my Bushnell Elite spotting scope on a tripod, attached my phone to the objective lens, and…Bingo! I was viewing a great 9-point feeding in the alfalfa at 300 yards. I shot several pics and a little video of this buck and his buddies. The photo clarity was generally quite good, though I found that you need to touch the screen very lightly to shoot the photo; bump it a bit and the image gets blurry. Video is a lot easier to handle (assuming you have a tripod); just hit video mode on the camera, touch the screen, and you’re rolling.

Besides being fun, there’s plenty practical appeal to digiscoping. For starters, it can solve some of the problems inherent in trail cams. In some areas, the intrusion of setting up and checking a trail cam can alarm the buck you’re hoping to hunt. That worry disappears with the long-range observation that digiscoping makes possible. Also, trail cams offer only a snapshot of a buck’s visit to a field or food plot. This provides much more information, including where a buck enters (and leaves) a food source, his status among other deer present (important for deciding whether the buck is aggressive and susceptible to calling), and sometimes a more detailed view of his rack than is possible with a trail cam shot.

So yeah, smartphones may be taking over our lives, and in the year since I’ve owned mine, I’ve tried to fight that intrusion. But I guess when it comes to digiscoping, I’m willing to make an exception.