Plant food plots long enough, and eventually you’ll have one go belly-up on you. The rain doesn’t fall, the sun... 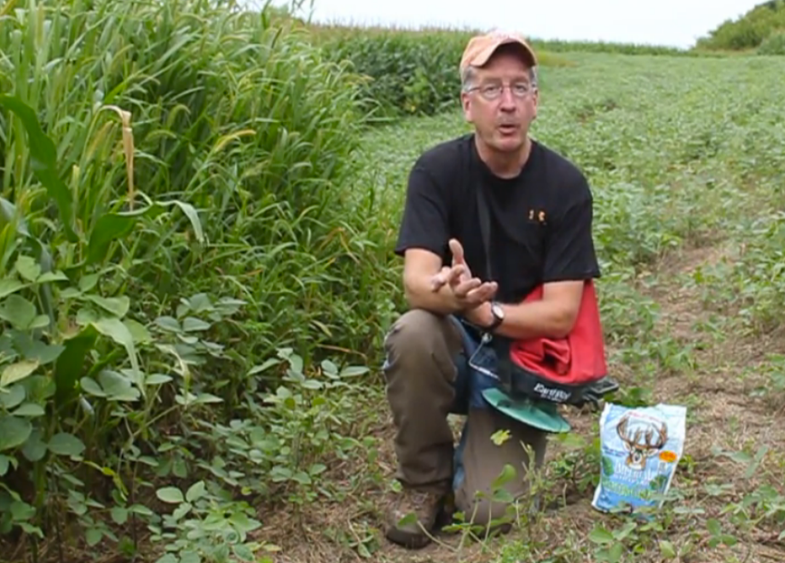 Plant food plots long enough, and eventually you’ll have one go belly-up on you. The rain doesn’t fall, the sun doesn’t shine, or for some other reason the stuff just doesn’t grow well enough to reach its potential.

Earlier this summer, my hunting buddy Alan and I planted a soybean plot that we hoped would attract deer during Minnesota’s December archery and muzzleloader seasons. We got the beans in plenty early, but then we got busy—and, well, we flat-out forgot to spray them with herbicide at the appropriate time. By the time we discovered our mistake, grasses and weeds had overrun the plot. The beans were there, but they weren’t going to produce much forage without immediate help.

We hit the plot immediately with Roundup, and then took another look 10 days later. Some of the beans recovered nicely, but nearly half the plot was not mature enough to produce a good pod, and there were plenty of bare patches where grass and weeds had simply out-competed the beans.
So we were in a kind of limbo-land. We could plow under the plot and start over, but that would kill the beans that were doing fine. With any potential killing frosts several weeks away, we ultimately decided that supplementing a food plot with additional seed was the way to go. View the video above to see how we fixed this food-plot failure.