A couple of weeks ago, Bestul told you what he loves about turkey hunting, as compared to bowhunting for deer—that... 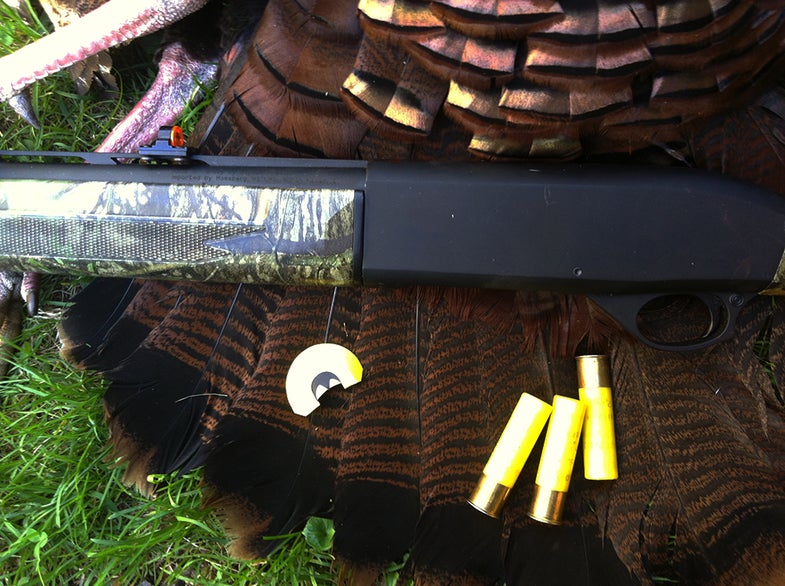 A couple of weeks ago, Bestul told you what he loves about turkey hunting, as compared to bowhunting for deer—that after the long fall and winter of waiting in a cold treestand, alone, he loves to tromp the spring woods with friends or family.

I’ll go along with that.

But as he’s already covered that angle, I’ll take this one: I love that turkey hunting doesn’t require 30-pounds paraphernalia. No treestand, no climbing sticks, no scent-control nonsense, or rattling horns, or backpack stuffed to the gills.

I love that fact more and more each year, because each year I take less and less. I ditched the decoys (for the most part) years back, and the vest soon after. Any call that doesn’t fit in a pocket stays home. An owl hooter fits in a pocket but I’m baffled that anyone buys or carries one. No matter how bad your voice-owl is, it’s good enough. Last year, while hunting tough Eastern birds on public land, I ran into another hunter who just screamed Wha-hoooo! into the dawn…and three birds gobbled back.

Less gear also means that getting ready isn’t such a production. I love that I can just grab a few things and run out the door. Take this morning, for example.

I’d just wrapped up a big pile of work and was about to dig into the next when I thought: I deserve a little break. It was not quite 10 o’clock. I threw on camo pants and a shirt, stuffed a facemask and gloves in a pocket, grabbed one mouth call, three shells, my gun, and was out the door in about three minutes.

It helps that I have public land within walking distance of the house, but by the time I was back home and taking pictures of my gobbler, I noticed that my phone read 10:39. I’d managed to catch a two-year-old tom all by himself—and eager.

Now, I can’t say I’d want every turkey hunt to go that fast, but the fact that it can be that way—that free and easy—is very cool. When I’m deer hunting, just getting out the door can take 45 minutes, which with work and kids can preclude my going at all.

The ironic bit is that manufacturers send me all kinds of turkey hunting paraphernalia to test. Which I do, with all diligence. And much of it works just fine. But then I give most of it away. 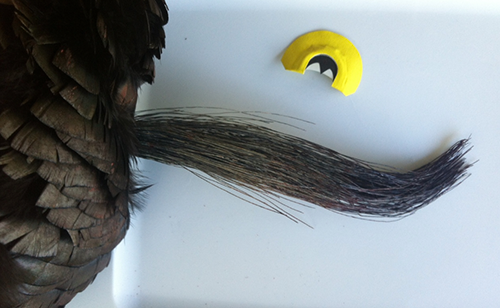 Which makes me wonder: You want my vest? I’ll even stuff it with calls.

I’ll tell you what: I’ll go measure this bird’s beard to the sixteenth of an inch. First one to guess the length exactly, gets the vest and calls. I’ll throw in a decoy, too, if I’ve got one handy.

You know the drill. The first commenter with the right answer wins. The contest ends one week from today.