From chili (both regular and the green variety) to shredded pork and liver mash, the responses to last week’s contest... 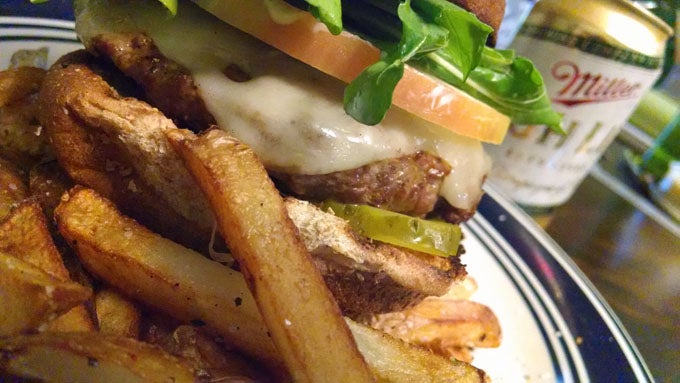 From chili (both regular and the green variety) to shredded pork and liver mash, the responses to last week’s contest asking for your favorite Venison Burger Topping were about as varied as you could get. I also appreciated that many readers stuck to the No. 1 rule in building a burger: Keep it simple. It’s hard to go wrong topping a burger with cheese and bacon, but since the winning prize package from Camp Chef, Hi-Mountain, and Cabela’s was to go to the most unusual addition, narrowing down the finalists wasn’t too hard.

Emily Johnson, with her sliced pickled hot beets (a personal favorite snack of mine) was a finalist, as was mnoble23 with the suggestion for frying the cheese before topping the burger. Douglas John Palmer came in a close second, offering up the idea of red currant jelly and bacon, but it was TeamAsgrow for the win in what was, admittedly, a sentimental pick on my part.

My father, who passed away earlier this year, was famous for his peanut butter, jelly, and bologna sandwiches. I ate my first one in kindergarten and have had countless more since then. It was also the first meal Dad made my mom when they were dating and yet she still married him, which might put her judgment in question, but nonetheless they lasted 49 years together. So, TeamAsgrow walks away with the prize package for the suggestion of peanut butter and grape jelly (though I’d probably skip the fried egg).

TeamAsgrow, drop me an e-mail at fswildchef@gmail.com with your shipping address and I’ll get a box of goodies in the mail to you right away. Thanks to everyone for your suggestions and keep the great ideas coming.