Book Review: The British Are Coming, by Rick Atkison

The first in a trilogy of books about the Revolutionary War is one of the finest published in a long, long time 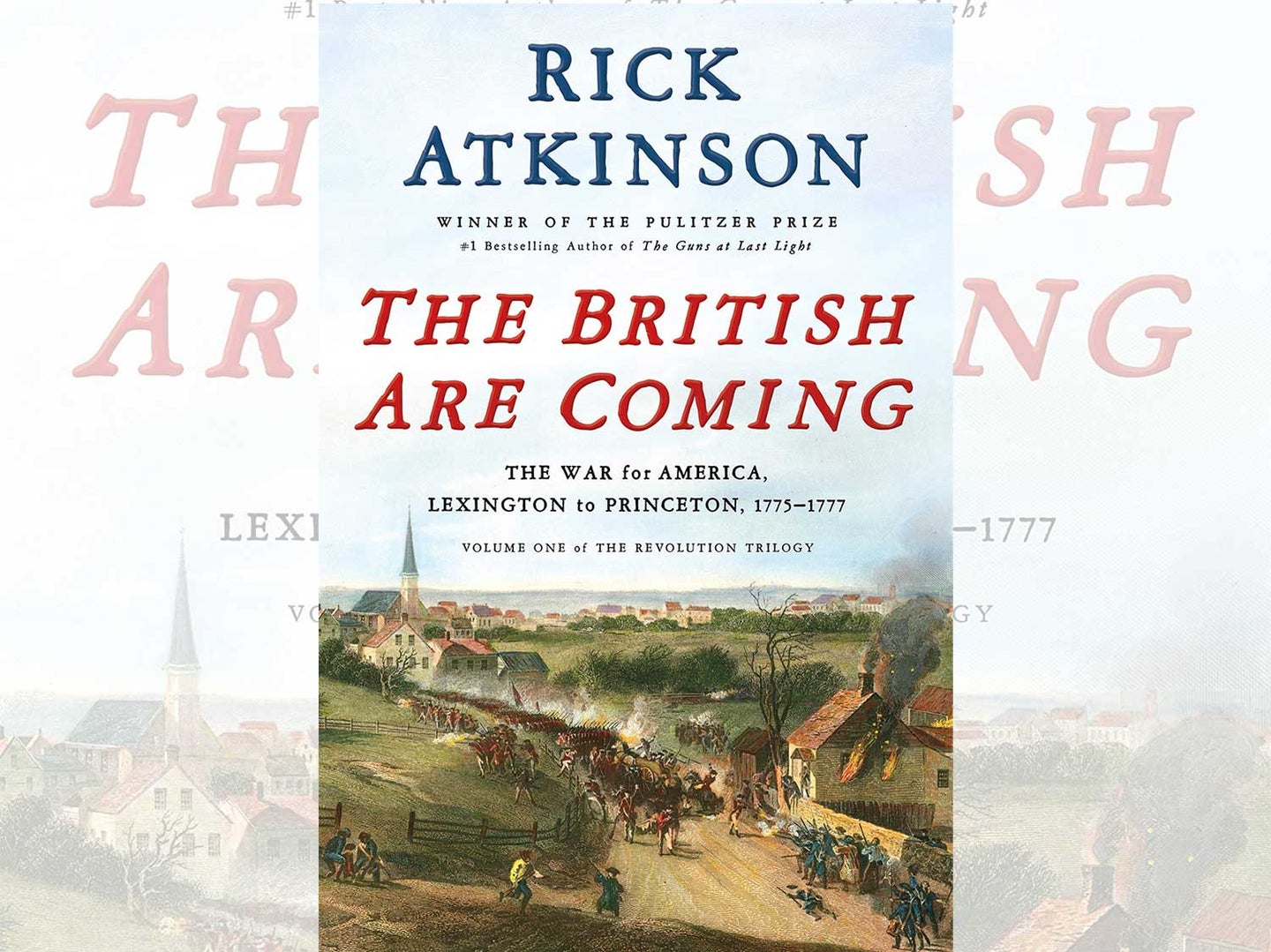 Between 1951 and 1953, Bruce Catton wrote his Army of the Potomac trilogy: Mr. Lincoln’s Army, Glory Road, and A Stillness at Appomattox. The last won a Pulitzer Prize for History. Catton was, and remains, the acknowledged master of the Civil War genre, and I did not believe I would live long enough to read anyone else write about any war so well.

But I did. Multiple Pulitzer Prize winner Rick Atkinson, whose trilogy on War War II in Europe (An Army at Dawn, The Day of Battle, The Guns at Last Light) published over the past decade, is the equal of Catton’s masterwork and maybe, God help us, its better.

Now we have the first volume of his trilogy on the Revolutionary War, entitled The British Are Coming: The War for America, Lexington to Princeton, 1775-1777. Atkinson’s particular genius, and I do not use that word casually, is to make you see and smell and hear. He describes not only what took place, but what it was like to be there. The amount of research that has gone into doing so must be absolutely staggering. He can tell you that Britannia ruled the waves with a fleet was largely worn and leaking, and it’s because he’s researched the shipbuilding of the time, and found that it was horrendously expensive, and slow, and that there was not enough seasoned wood of the right kind available.

A lesser historian would have written that shortly after Washington took command of what would become the Continental Army, after the Battles of Lexington and Concord, it was discovered that his forces were desperately short of gunpowder and let it go at that. But Atkinson puts it thus:

“…Washington’s staff calculated that an army of twenty thousand men, in 39 regiments with 100 cannons, required two thousand barrels of gunpowder—a hundred tons….Each pound contained seven thousand grains, enough for a volley from forty-eight muskets. A big cannon throwing a 32-pound ball required 11 or 12 pounds of powder per shot; an 18-pounder used 6 or 7 pounds. A survey taken soon after Washington’s arrival reported 303 barrels in his magazines, or 15 tons, enough to stave off a British attack, but too little for cannonading…”

Even the 15-ton figure proved to be erroneous; it included the powder already shot up in the two battles. Further checking showed that there was less than five tons of powder in all of New England, or about 9 rounds per soldier. When Washington learned of this, he was so stunned that he was incapable of speaking for a half-hour. And this was an army, Atkinson writes, whose soldiers liked to fire off their muskets just to hear the noise.

Washington’s troops lacked far more than powder. The army was short of everything: shovels, bayonets, cartridge boxes, tents, any notion of field sanitation, any knowledge of drill, competent officers at all levels, and discipline. The fact that it managed even to endure, much less win in the end, is not described by the word “miracle.” Miracle does not begin to cover what happened.

What they did not lack was the willingness to fight. These were battles that were fought with cannons, muskets, bayonets, musket butts, fists, rocks, swords, and anything else that would kill. At this stage of the war it was an armed mob taking on what was arguably the finest regular army in the world. And the armed mob did not shrink from the fight.Catton’s prose often approached the level of poetry. So does Atkinson’s. Writing of British Lieutenant Edward Hull who was mortally wounded at Concord and who lingered in agony for two weeks, he says:

“He, at least, would be drummed into the next world. The graves of many others would remain unmarked and unremembered, except for the long bones and the ribs and the skulls that over the years pushed to the surface in Middlesex meadows and woodlands, memento mori from one raving afternoon on Battle Road.”

How do you do better than that?