In 1941, in the Libyan desert, a young British leftenant named David Stirling went to his commanding general, Sir Claude... 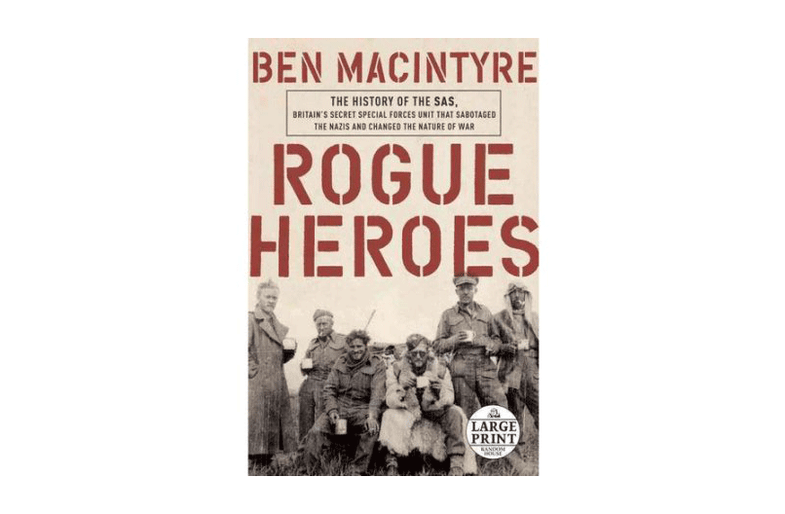 In 1941, in the Libyan desert, a young British leftenant named David Stirling went to his commanding general, Sir Claude Auchinleck, with the idea for a new type of military unit. Normally, junior officers do not approach generals with bright ideas, but this was the British Army, and Stirling was a son of one of the oldest and most distinguished of the noble families of Scotland, and when one had those kinds of credentials, the generals listened.

Sitrling’s idea was to form a small unit—100 men or so—and parachute far behind the German lines where they would sabotage oil depots, airfields, and supply dumps, kill the occasional Hun, and generally have a good time. Auchinleck approved the plan. Generaloberst Rommel and his Afrika Korps were kicking the hell out of the British at the time, and any damage that Stirling could do would be more than welcome.

Stirling called his unit the Special Air Services. The name meant nothing, deliberately, and the unit’s existence was secret. They would parachute in, do their work, and walk out to a rendezvous where they would be picked up. This called for a suicidally brave type of individual, and the selection process was brutal (it is even tougher now). It was understood that if an SAS trooper was hit and unable to walk, he would be left behind to die, or be picked up by the Germans.

The men that Stirling recruited were an odd bunch. There were some who would not kill unless they absolutely had to (Stirling was one of these.) and some who absolutely loved it, and were so dangerous that their own men were afraid of them. Then they went to work.

Ben Macintyre is the first journalist given access to the SAS archives, and while he is not a writer on the order of Rick Atkinson, he is a good, sound reporter, and the story he has to tell is like nothing you have read.

The SAS fought two different wars between 1941 and 1945. The first was in the desert where there was almost unlimited room to hide. They operated on their own, and took on an Afrika Korps in which Rommel would not permit any SS units. It was a “war without hatred,” in which at least a modicum of chivalry could be observed. Even so, SAS took fearful casualties, some due to the nature of what they did, many others due to poor planning and intelligence, and a mind-set that went beyond reckless.

After Rommel’s defeat in Africa, the SAS was transferred to Europe, and they fought in Sicily, France, and Italy, this time with a different mission. In this theatre, their mission was not simply sabotage, but arming and training underground fighters. Except here, it was much more perilous. There was nowhere to hide. Always outnumbered, always surrounded, they were forced to fight alongside guerillas who were sometimes unreliable, gutless, or treacherous.

In addition, they now had to face the SS, and Hitler’s Kommandobefehl, (commando order) which stated that any soldier who parachuted into Europe was to be considered a spy, and executed. The SS carried out this policy with considerable enthusiasm.

A great many SAS troopers did not survive the war. Some did, but were never the same. One officer was forced to shoot a young Italian boy who had been disemboweled by an explosion and was holding his guts in his hands, screaming, beyond help. David Stirling was captured in Libya and sat out the rest of the war in Germany’s Colditz Castle, where all the really difficult Allied officers were sent.

You read Rogue Heroes and come away thinking of the line from James Michener’s novel The Bridges at Toko-Ri: “Where do we get such men?” What a story.

380 pps. Published by Crown/New York. Hardcover, $28. Available from all the usual suspects.