A no-B.S. book on African hunting by a PH who has seen it all 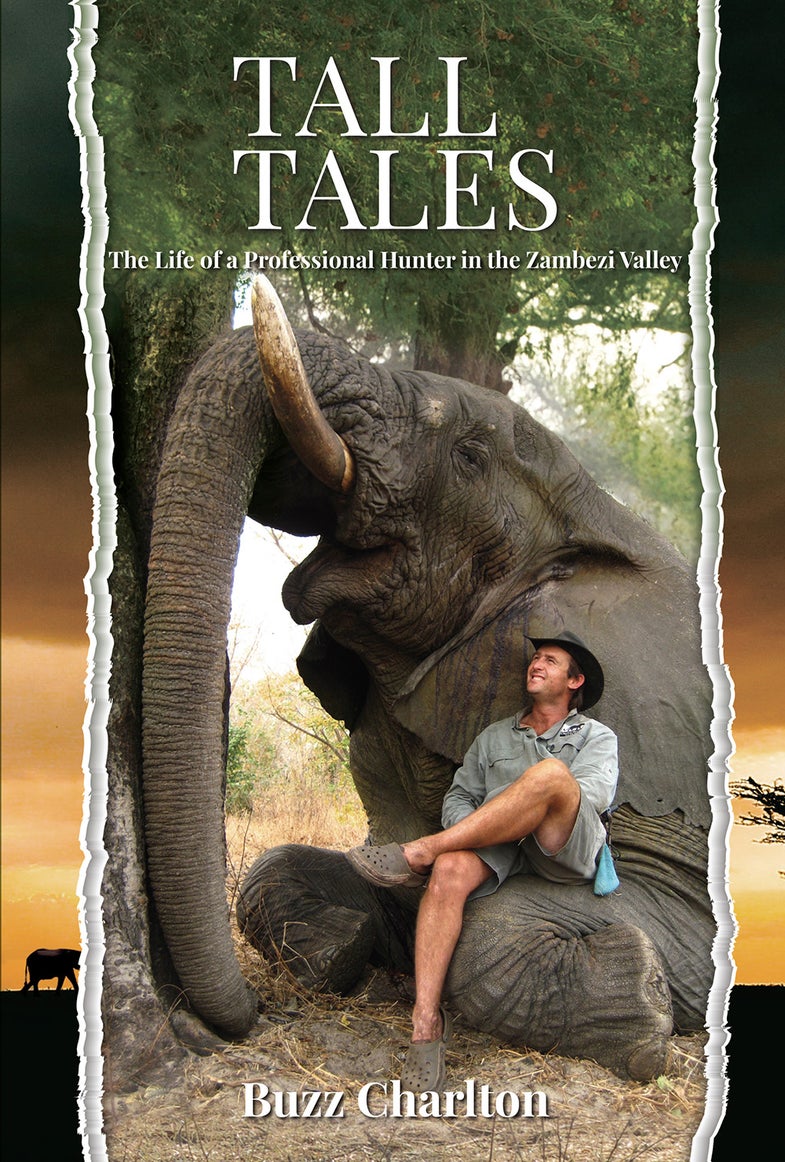 Let us reflect now upon the curious job of the African professional hunter. He (or she, now) must be an EMT technician, mechanic, naturalist, hotelier, drinking buddy, and psychologist. He/she must also be a dead shot, a nimble conversationalist, and a patient listener. A PH must also be able to function with injuries that would send a normal person screaming to the ER.

Buzz Charlton qualifies on all counts. And unlike a number of PHs with whom I have dodged death in the long grass, who were frankly quite odd, he is sickeningly normal.

Of all the above preceding qualifications, I believe Buzz would tell you that the most important is psychologist. Trucks and leopards can be dealt with in a straightforward manner. Clients are the real problem.

In fact, the best stories I’ve heard from PHs concern not the animals, but the people who hired them to help shoot the animals. They range from funny to grotesque to sad to truly unspeakable and, rarely, to inspiring.

Buzz is the first PH to do justice to the antics of the clients—the good, the bad, and the awful. Some are immensely wealthy, and have never heard the word “No” in their lives. Some come to Africa to test their courage, and find it lacking. Some can’t shoot. Some are not safe around firearms. Some drink way too much. Some complain constantly. Some become so frightened of Africa in general that they pack up and go home.

Others are dead shots, uncomplaining, willing to work hard, brave, and sober.

Buzz does not neglect the animals. There’s a ton of information about them. For example, a 15-foot croc can weigh roughly twice as much as a 13-foot croc. They get only so long, but as they age they continue to put on weight.

There are plenty of dead-animal-and-live-hunter photos, and some very good ones of live animals, and a few that are non-classifiable. If you’re curious about what a human being looks like after making the trip into a croc’s stomach, there’s a photo of that.

I’m also glad to see that Buzz has given considerable space to his trackers, who do a lot more than track. These are some of the bravest human beings on the face of the earth. They can read sign with supernatural skill, and are a combination of friend and mentor to a PH. They are the guys who go ahead of you, unarmed, when you have a rifle and your balls are up in your throat.

This is not your average safari book. It has no false heroics or literary angst. Buzz is alive because the black mamba on the tree branch under which he passed, bit the brim of his hat rather than his head. He was beaten about the head and shoulders by a cholo gang at an SCI convention in Reno. Not to mention being chased over a cliff by an enraged cow elephant. Stuff like that tends to knock the literary angst right out of you.

Tall Tales is anything but. It’s a trip into the long grass minus the chance of stepping in bullsh*t.