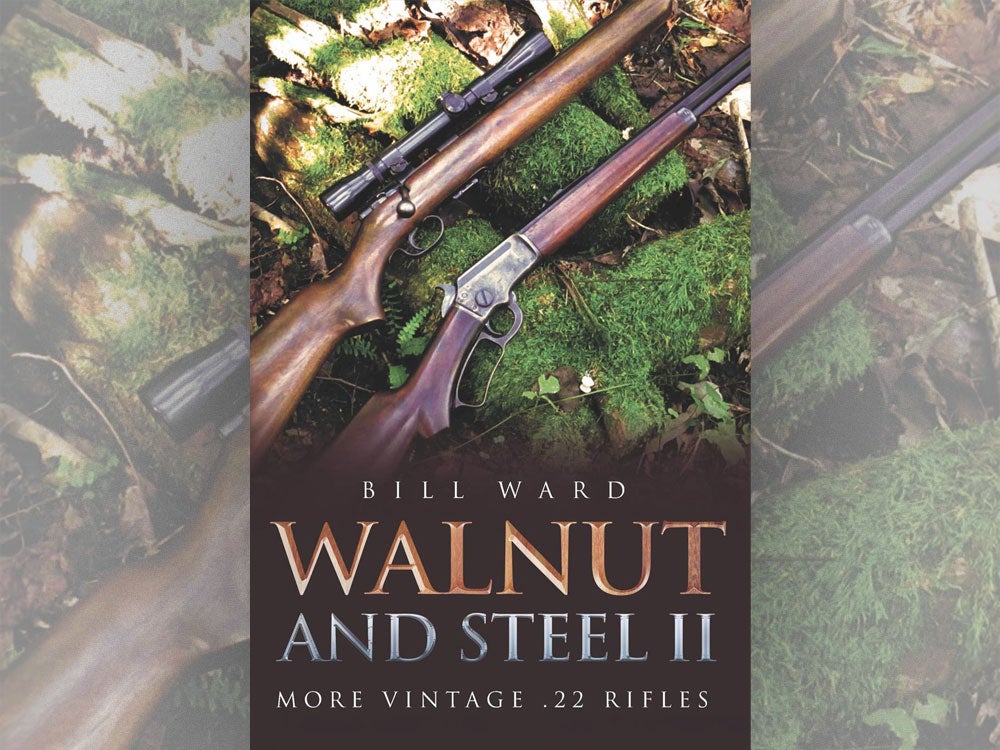 Volume I of this book appeared in 2014 and was supposed to be the end of the project. However, the author, Bill Ward, who is a retired Tennessee game warden, did better than he knew, and so many people said, “All, right, that’s nice, but more, please” that he was forced to go back to work and produce a second volume covering the fine old .22s that he didn’t get to in Volume I.

There are eight chapters in Volume II, divided by manufacturer: Browning, Colt, Marlin, Mossberg, Remington, Savage, Stevens, and Winchester. Twenty-five rifles get the treatment here, and there is a chapter on ammo, sights, scopes, care and cleaning, ergonomics, aesthetics, quality, and safety.

There’s no shortage of books on .22s. What sets this one apart is that the author does not come at the subject as a collector, but rather as a user. Mr. Ward is a good writer who manages to get a lot of information across without creating a tome, and he’s careful and knowledgeable. (I note that he’s enlisted a number of other experts to help him.)

Volumes I and II should be thought of as a unit; together, they are something that any serious shooter should have around. The reason is both simple and sad: As fewer kids shoot, and dad is not interested, and their grandfathers pass on, grandpop’s prized old guns are going on the market, including his .22. The people who have first-hand experience with these rifles are vanishing, and can’t tell you what’s good or bad, but Bill Ward can.

I have one gripe about the book. The photos are not up to the same standard as the text. They’re OK, but no better.

And a request: Bill Ward has not seen fit to tackle the odd, the exotic, and the modern. I’m thinking specifically of the Ruger 10/22 and the Remington Nylon 66, and of more on the rifles made by Anschutz (Bill covered one in Volume I) and the reactionary guns made by CZ. The first two rifles are nothing less than world-changers, the third brand is about as fine as any rimfires ever made, and the fourth is a return to the past that has produced some very fine, and flawed, guns.

I call upon all right-thinking shooters to hound Bill Ward until he gives us a third volume. In the meanwhile, get the first two.