A Brief Guide to Proper Outdoor Behavior, Part I

For starters, be courteous and keep your hands to yourself 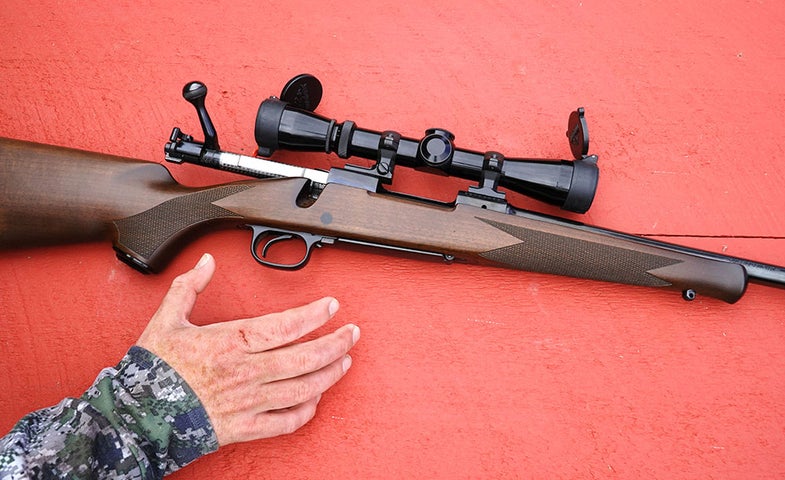 Hand off, if that's not your rifle. Dave Hurteau
SHARE

“New rules,” says Bill Maher, and he is right. But some things don’t change, and among them are the outdoors and human nature. And, since I am human, more or less, and have been mucking about in the outdoors since Dwight Eisenhower was first elected president, I feel qualified to pass along this brief guide to hunting and fishing etiquette.

1. Be courteous to everyone; you don’t know who they are.

Some years ago, I hunted at a magnificent Arkansas plantation. We were unloading our duffles from the van, and I noticed an unkempt individual who appeared to be doing nothing, so I threw him a couple of bags. He took them without a word and carried them to the palatial bunkhouse. I found out the next day that he not only owned the plantation, but was listed high up in Forbes’ “100 Richest Men in America.”

On another occasion, I was the guest of a Texan who looked like a long-unemployed cowhand. He was an heir to one of the great Texas oil fortunes, and was worth so much money that he had no idea how much.

2. Never handle anything that belongs to anyone else, especially a firearm, without asking permission.

This rule is so obvious that I hesitate to list it, but I’ve seen people break it. If someone has picked up your gun without permission, it is considered poor form to beat them to a pulp. Wait until they put the gun down.

Remember this tale of two heaters:

Once upon a time, there was a hunter who had sh*t for brains. He awoke in his four-man tent feeling the need for more warmth. So, despite the fact that he didn’t know how to operate it, he fiddled with the heater and put out the flame. This left a substantial gas leak, so he dragged his sleeping bag outside and left his three tentmates to die. Luckily, one of them woke up, realized what has happening, and shut off the gas.

Once upon another time, a fellow who happens to be a mechanical genius was in a tent whose oil heater was not up to the job. He looked at it and saw that the design was flawed. There were a couple of parts that interfered with its operation. He removed them, and the thing was vastly improved. So much so, in fact, that the camp boss asked him to modify all the other oil heaters.

The moral is, if you don’t know what you’re doing, keep your hands off.

4. Remember, your stupidity can cost others.

This is as much a corollary to Rule 3 as it is a rule unto itself, but it’s worth pointing out. People who run outdoor businesses do not fear weather, or avalanches, or high seas, or grizzly bears with attitudes, or much of anything else…except losing their insurance. Some of what goes on in the wonderful world of hunting and fishing is inherently hazardous. This is why I’ve signed so many liability releases.

I know of a fisherman who drowned in a storm less than 20 yards from the dock on a massive Canadian lake. I know of a bowhunter whose horse threw him. He landed with an arrow in his femoral artery and bled to death on the trail.

Some of this stuff is going to happen, which is why outfitters and guides and lodges have to carry insurance. If they can’t get it, or if the rates go too high, they’re out of business.

If you decide to chop wood and have no idea how to use an axe, or if you want to wrangle the horses and have never worked with horses, or if you wander off on your own…you are a walking policy cancellation and will not be appreciated. Or invited back.

These four rules alone aren’t enough to keep you from acting like a jerk in the outdoors or from getting punched in the spleen for your bad behavior. But they are a start. Four more coming soon.