Keep cool, follow the rules, and watch what you say 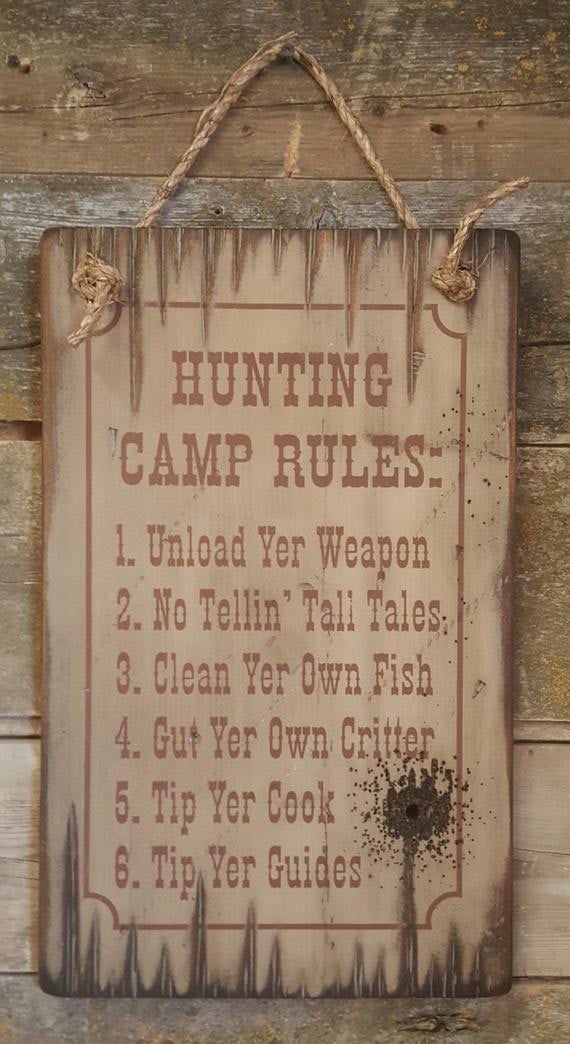 Make sure you know the rules at hunting camp. Cowboy Brand Furniture
SHARE

Last Friday, I started you off with four rules to outdoor etiquette, and here are four more. Like Part 1, this short list won’t guarantee against bad behavior in hunting camp, but it might keep you from stepping in it where you might have otherwise.

There’s a line from Kipling’s poem If that goes: “If you can meet with Triumph and Disaster, and treat those two imposters just the same…”

On any hunting and fishing trip, someone is going to be very lucky, and someone is going to have no luck at all. If you hit the jackpot, do it with modesty. If you have nothing to show for your efforts, bear it philosophically, even if you get teased. If the person who has lucked out is young, and this is their first trip to the winner’s circle, be effusive in your praise: That is without a doubt the biggest fish/deer I’ve ever seen. Well done.

If they’ve come out empty handed, point out that you’ve been doing this for decades, and could paper a good-sized room with licenses you haven’t punched. Welcome to the club. Keep at it. Next time will be different.

2. Draw a fine line between not talking at all and talking too much.

This is an odd one, but I’ve run afoul of it. Given my druthers, I’ll go for days without speaking. I warn people in advance: I’m not unhappy, and I don’t think you’re a bunch of a-holes. I just don’t talk much. I adopted this policy after a young man in Africa took my silence as a personal insult, and was on the verge of challenging me to a fight. The irony was that I did think he was an a-hole.

On the other hand, it’s always wise to shut up. This will make you seem wise. Maybe. Old men in particular have a tendency to go on and on about the past. I catch myself doing it. This is because the past is where we live, and because we’re so glad to have people to talk to who are not dead.

3. Find out what the camp rules are before you do anything else.

I’ve been in camps that were dry, period. No alcohol, ever, of any type, in any amount. I’ve been places where you could drink, but then you could not handle a gun the rest of the day. I was on a hunt in Germany where the locals had a schnapps or two at midday, and then went back to hunting.

4. If you find yourself hunting or fishing in the Deep South, do not crack Civil War jokes.

Once, in South Carolina, I made a snide remark about Stonewall Jackson. From somewhere in the room came a voice that said, “BOY, WHAT IN THE HAYULL DO YOU MEAN?” It was the most frightened I’ve been since I saw Hillary Clinton in person. I have not done it since.

I hope these rules guide you through the rocks and shoals of proper outdoor etiquette. I now take my leave, reminding you to watch your manners…and your a**.