Bucks Chasing in the Northeast

Scott Beebe has been hitting it hard in northern Pennsylvania, and he filed this report last night: “It was a... 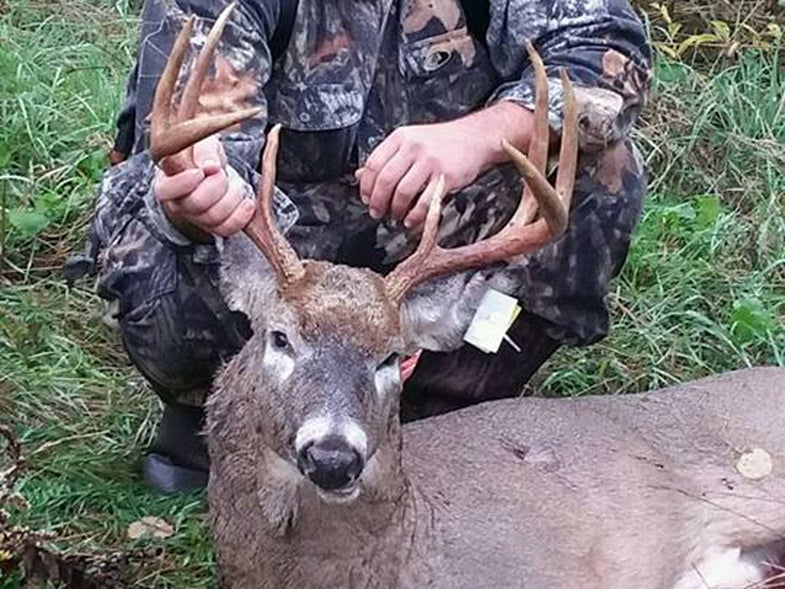 Scott Beebe has been hitting it hard in northern Pennsylvania, and he filed this report last night:

“It was a hot and heavy weekend in northern PA and southwestern New York. Bucks were up on their feet early Saturday for some chasing. Most of the acorns are down and red oaks are getting hit hard. Brassica plots are only being browsed as deer cruise through. Apple trees are still dropping, and they are a hot spot to find that doe dragging along a boyfriend with antlers.

“Saturday’s hunt revealed that single fawns were starting to appear; during my hunt I had seven encounters with lone fawns, and we saw a nice 2-1/2-year-old buck cruising by and grunting. His tarsal glands were not overly stained up, but still he was in hot pursuit, checking out the fawns feeding in the plot.

“We’re not in full blown rut, but each day brings it closer. With action on the upswing, it’s a good time to be in the woods for an all-day hunt. Over the next two weeks I will keep you posted on what I encounter each day in both states. I have several friends out in the field as well; one did see a tending buck, so the first does are coming into estrous.

“The first buck picture is Brad Heck of Elkland, Pennsylvania. He used a can call three times to get this 3.5-year-old 8-point to come into bow range. The buck’s tarsal glands were stained and flared, which is a great sign he has been rubbing, scraping, and chasing. Brad showed great perseverance by not giving up on a less than perfect shot; he stayed on the trail and found his buck the next morning.

“The second buck is a 4-year-old killed by Don Paul of Knoxville. Don had a doe run by his stand first light. He then stopped this bruiser at 5 yards, made a great shot, and watched him drop. Just like the other buck, tarsals were stained and flared, and he grunted the entire chase while Don watched.”