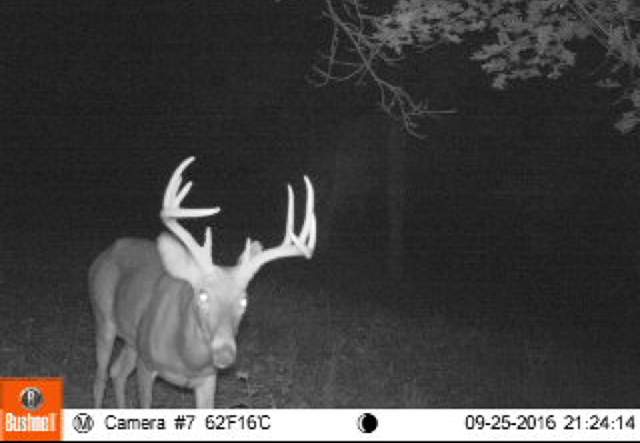 Arkansas hunter Mark Cole sent us this brief report from his lease in the northwest part of the Razorback State:

“Our acorns just starting to drop, but the crop does not look exceptional.

I’ve seen a few small bucks on the lease during daylight hours and a few does and fawns. Bucks like the one on camera seem to be moving at night yet. This is only my second season hunting whitetails, as I grew up hunting in the West (mule deer and elk) so I have a lot to figure out! Will keep in touch as season progresses!”

Mark notes that the time stamp is not set correctly on his camera, but all photos have been taken in the last month. And it looks like deer are only a part of the fun in Mark’s part of the world.