… But on the Other Hand

More thoughts from the F&S rifle test in West Virginia 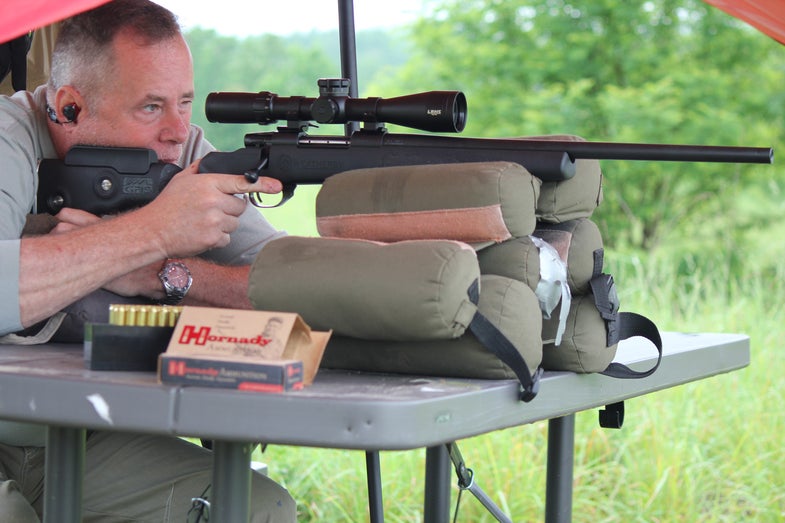 So hitting at long range is now a lead-pipe cinch. In some areas of gunnery, however, we have not progressed. We had 20 rifles on hand; eight hunting rifles, six powerful assault rifles, and six tactical rifles. None of these was, by today’s standards, expensive. I think the most pricey were around $2,000. Most of the rest ran from the high hundreds to a bit over $1,000.

Of the lot, there were maybe half a dozen that felt slick and polished, or “finished,” as the president of Sako, who was himself Finnish, once put it.

The unfinished rifles functioned. Sometimes haltingly, sometimes accompanied by many bad words from us. Some would not willingly single-load. Some did not feed joyfully from magazines. Some had triggers that were way too heavy. One had a trigger that was way too light. Some had cheesy parts. One had a design flaw that allowed the two-stage trigger to release, but would not let the firing pin fall if the bolt were not completely down.

Back when Arnold Schwarzenegger was at his competitive peak, body builders referred to some physiques as “finished.” That meant a set of muscles to which nothing more could be done. It was applied to Arnold, and very, very few others. That same quality can be applied to firearms, and an experienced shooter will recognize it instantly. Here, off the top of my head, are some of the firearms that have it: a Smith & Wesson Model 29, especially an old one with all-forged parts; any of the Bergara custom shop rifles; a Weatherby Accu-Mark; any Perazzi shotgun, to name a few.

Finish leaps out at you if you have an eye. Back in the late 1930s, a young Florida outdoorsman named Walter Doane Randall saw a man scraping a boat hull with an unusual-looking knife. It was made by an eccentric, reclusive Michigander named William Scagel, who probably qualifies as the first custom knifemaker of modern times. Randall was so taken with the knife that he bought it on the spot and then began imitating it, and the rest is history.

Randall recognized the knife for what it was at a glance, and I doubt that any experienced user of knives would have missed it, either.

You can spend your money on a gun that is a collection of parts, and it may serve you admirably, but it will never be the same as a rifle with finish. There are just not a lot of them around, and there never will be.

Editor’s note: Read the full results of the rifle test in the October 2017 issue of Field & Stream.