It’s time for another of my periodic pleas for more gun pictures. Gunfight Friday runs completely on your contributions. Without... 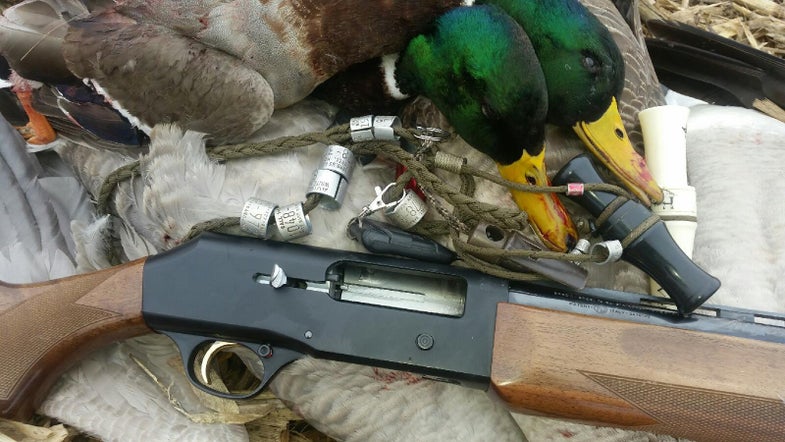 The author's new-used Browning B80, after his first hunt with it. Phil Bourjaily
SHARE

It’s time for another of my periodic pleas for more gun pictures. Gunfight Friday runs completely on your contributions. Without them, it’s just Friday.

Lately, I’ve had to go deep into the archives to find guns, and have even had to reuse some in the past few weeks. I need more. Sharply focused horizontal profile pictures showing the whole gun are best. Send that along with a few lines about the gun, what it is, its history with you, that kind of thing, and we’re back in business. Otherwise, you’ll be stuck with a Friday blog post from me every week instead of Gunfight Friday, which is a terrific showcase for you and your guns.

So you have something to look at this week I’m posting a picture of my own new-used Browning B80, seen here after its first hunt in my hands shortly after I picked it up last fall. The B80 was actually a Beretta 302—one of the better semiautos ever—made by Beretta for Browning during the 80s. My gun dates from 1987. It dates to the days when you had to have separate 2¾ and 3-inch barrels to shoot light and magnum loads. My gun has a 3-inch barrel with Browning Invector chokes. It will shoot high velocity 1 ounce 2 ¾ inch shells, and it would seem to be a keeper.

But, enough about me and my guns. This space is for your guns, so please send pictures to fsgunnuts@gmail.com. This is not NPR so I don’t have tote bags or coffee cups or anything else to give away to those of you who answer the call for more guns. All you get is the satisfaction of seeing Gunfight Friday live on.