If you don’t like misfires, then the answer is yes 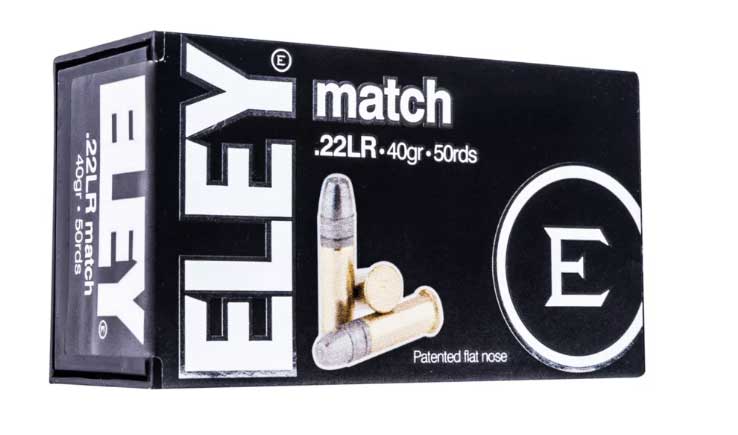 Eley ammunition is at the top of the rimfire target-ammo heap. Midway USA
SHARE

As the late and much-missed Jeff Cooper pointed out, there are few feelings better than knowing you have lots of ammunition. And for preppers, it’s an article of faith that .22s by the thousand are as vital to survival as water, or knowing how to set up snares and punji pits, or having an extra pair of boots for when you become a road warrior.

Well, yes, but there’s a downside. Rimfire ammo is ignited by a ring of priming compound inside the rim of the case. This compound is a mixture of lead styphnate, antimony sulfide, barium nitrate, water (to make it easier to distribute the mess) and in some cases just a hint of ground glass to create friction. The trick is to get this slurry into the case rim evenly, and with no spots missed. Eley ammunition has long had a highly secret and highly effective method of doing this, and has long been atop the target-ammo heap, which is no coincidence. On the other hand, uneven priming results not only in poor accuracy, but in misfires.

Ammo makers allegedly have inspection processes that prevent this, but when you consider that billions of .22s are made each year, the odds that this truly guarantees against misfires are equal to the odds that I am King Henry VIII of England.

Back in the 1980s, I bought a case of 5,000 .22s from one of the major manufacturers, and since I was then shooting rimfires on an industrial basis, I went through it in a couple of years and congratulated myself on the money I had saved. So I bought another case. And then I stopped shooting so much. In fact, I slowed down so hard that this week I’ll burn up the very last of it.

And now, it misfires. I’ve used it in a Smith & Wesson Model 41 handgun, and in a New Ultra Light Arms rifle, and I get misfires in both. The Smith pounds the hell out of the cartridge rim. (If you get misfires, don’t rush to blame the ammo. Check to see that you have a respectable firing-pin indent in the case.) The NULA has a much less pronounced strike. No matter. I get about two failures per 20 rounds with the Smith and one per 50 with the NULA.

I checked with John Blauvelt, the Pennsylvania gunsmith who Knows All Things, and he wrote:

“With some brands more than others, I’ve seen rimfire rounds where the priming compound in the rim was either missing completely, missing in part of the rim, or had broken loose from the rim leaving a gap. The rounds you have could, over the years, have been bounced around and some of the priming compound has broken loose. This is most likely the case if you didn’t have problems with them when they were new.”

Keep in mind that the shelf life for .22 rimfire is 10 years. If what you have is older than that, you’re on notice.

“I saw more of the other two causes during the Obama ammo shortage,” his note continued. “The manufacturers were trying to pump out ammo and primers at such a pace that quality control suffered. I also saw pistol and rifle primers that were missing anvils or priming compound. It got to the point that, when I put them in the priming tray I would inspect them before loading them in primer tubes. I still do this.”

This is the problem with buying .22s by the case of 5,000: If it’s bad, or if it goes bad, you’re going to have $150 to $200 worth of ammo that’s going to drive you crazy. At this point you can do one of two things: Grit your teeth and shoot it up and hope that you don’t get a misfire at a crucial moment, such as when you’re throwing down on a zombie. Or you can donate it. Who takes it? Clubs that have shooting programs for kids will take it off your hands provided you are up front about what you’re giving them. The youngsters get to practice for free, and you’re at liberty to go out and buy a brick of something that works.