The photographer and naturalist talks about hunting today 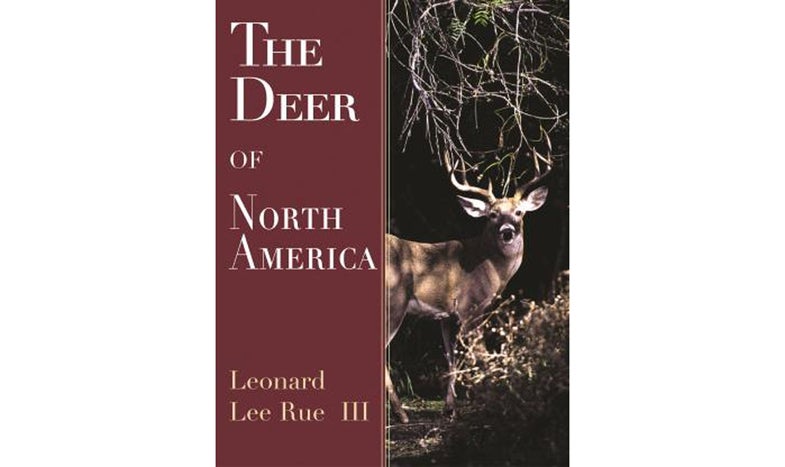 The shelf where I once kept the the books—dictionary, thesaurus, a few reference books—any outdoor writer would want within arm’s reach is nearly empty these days. But Leonard Lee Rue III’s The Deer of North America, all 2 pounds 10 ounces and 544 pages of it, remains. Which is a minor miracle if you think about it. The thing is packed with the kind of facts you’d only get from paying close attention for decades. How deer are more likely to lick the dirt around a salt block than the block itself. How even in winter, deer will seek shade at temperatures above 40 degrees because their coats are so warm. How a doe rising from its bed first heaves onto its front knees, raises its hindquarters, lifts and extends one front leg, and finally stands and stretches. Throughout, he included photos to back up his observations.

Pretty amazing stuff for a book that was first published in 1978 (it has been updated and republished several times since then) by a guy without any formal training as a biologist. Leafing through my copy, I decided to make some calls until I got his phone number.

“You’re right,” he said, his voice still strong at 91. “I’m not a biologist. I’m a naturalist. But I doubt there’s anybody who has spent more time observing deer than I have.” Rue had two large pens—one was 14 acres and the other 30—where he kept and observed deer for decades. “I lived with the deer. Dawn to dark. My wife would bring me lunch so I didn’t have to leave. I called it ‘meals on heels.’” His wife, Uschi, even raised a couple of deer that were so domesticated they were housebroken.

I asked if he had any pet peeves with modern deer hunting and hunters. “What I don’t like is the fascination with huge nontypical freak antlers,” he said. “Most of them were raised or escaped from farms or preserves. They’re not how the good Lord planned a deer to look. You wouldn’t see many in the wild. To me, there will never be nothing more fantastic than a good 10- or 12-point with natural antlers. That’s my idea of the ultimate.”

On the other hand, he’s no contrarian. He thinks trail cameras are great. “A fantastic way of getting more knowledge. Who knows what goes on out in the woods under cover of darkness? With trail cameras, you can find out.”

The best he could hope for in his day was fresh snow, which he likes to call his “scandal sheet.”

“It told you who went where and what they did with who,” he said. “If you knew how to read the sign. And I did.”

Rue lives 20 miles from the farm in New Jersey where he was born. He has traveled the world, published 30 books that have sold more than 5 million copies, and given more than 4,000 lectures and seminars in schools.

In 1990, he was given an honorary doctorate of science by Colorado State University. “They said my articles, books, and lectures had educated more people than any professor they’d ever had,” he said. “And I guess they were right.”