Changing Fashions in Rifles and Shooting

So there I was at the range, shooting a chassis-stocked 6.5 Creedmoor, and the shooter next to me was whanging... 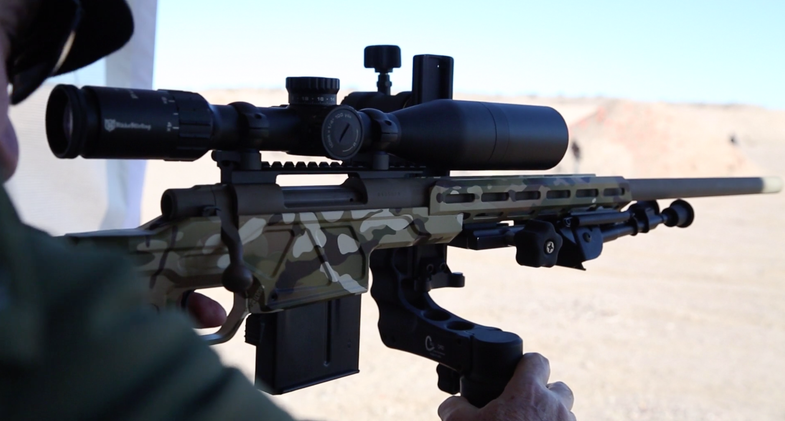 So there I was at the range, shooting a chassis-stocked 6.5 Creedmoor, and the shooter next to me was whanging away with a laminated-stock Savage F-Class rifle. He beheld the inanimate hideosity I was shooting with a mixture of horror and loathing, and said, “I’m sorry, but I just can’t get away from wood, even if it’s laminated wood. That thing you have isn’t really a rifle.”

I took no offense, and in a way I agree with him. The chassis stock is a true case of form following function, and from an engineering standpoint makes more sense than a conventional rifle stock, which is descended from something that was developed in the 14th century. I think that the hybrid rifle may be the precursor of a new kind of rifle, and is just one of the changes that have crept up on us.

The Howa HCR is a chassis stock rifle and was introduced at the 2017 SHOT Show.

Our ideas about weight have changed. Through most of the 20th century, sporting rifles weighed a ton, due mostly to wood stocks and poor engineering. Then Melvin Forbes showed everyone just how light you could make a rifle and still have it shoot accurately, and not kill you with recoil, and our ideas about what made an acceptable weight underwent a drastic rethinking.

Then, a few years ago, long range shooting, and tactical shooting, crept in on little cat feet, along with galloping improvements in scopes, and all the rest of it, and for those guns at least, lots of weight was suddenly OK. The chassis-stocked rifle I was shooting the other day weighs 12 pounds with scope aboard, and is not a particularly heavy rifle of its type. Ten years ago you couldn’t have given it away.

Then Roy Weatherby showed the folks that they hadn’t seen anything yet, and with the glacial speed that sporting firearms development then moved, other supersized rounds made their appearance. This may now be changing. The astounding and sudden popularity of the 6.5 Creedmoor is a sign that we may suddenly be turning our backs on monster cartridges. Or it may be that there are a couple of generations now shooting that look on anything bigger than a .223 as cruel and unusual punishment.

Once upon a time, the whole of the shooting industry existed in a state of torpor. People bought what they had bought. A decade might go by before you saw anything genuinely new. Now, it happens every year.