Chase the Rut: 4 Ways to Find the Hottest Hunting Action

Bucks are going bonkers somewhere in your neighborhood. Here's how to find them 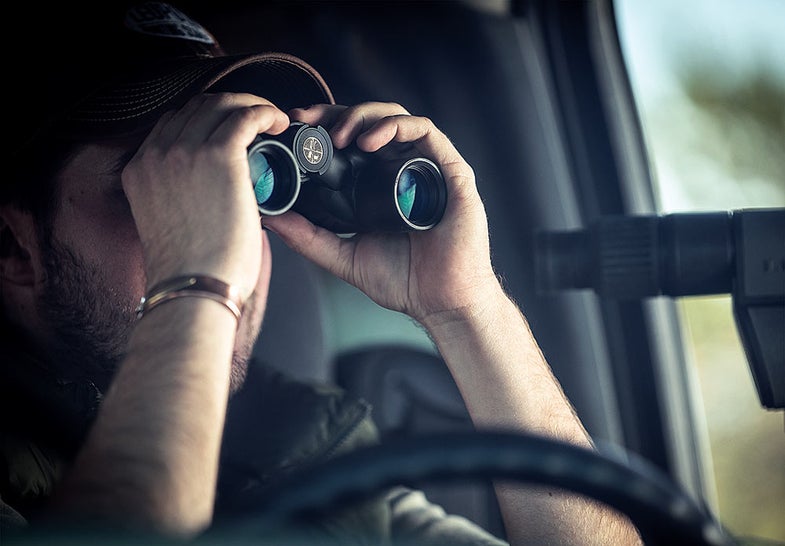 Look Sharp: Glass new areas before hunting them to get a sense of deer activity.. Leupold
SHARE

You’ve been there. The calendar says you should be seeing big deer acting crazy. But you hunt your best spots, and instead of electric action you get a yawn fest. Lone fawns meander past, looking lost. Little bucks cruise around, acting only a little silly. But the big guys that you know are nearby remain no-shows.

There is good news, though, and it’s this: The whitetail rut is extremely dynamic. Although we tend to think of it as ramping up and winding down simultaneously across entire regions, whitetail breeding doesn’t actually unfold like that. Whether it’s because some does cycle a little earlier or later than their local cousins, or because a hot food source is pulling does, and therefore bucks, to a slightly different area, the result is the same: Rutting action can be dead in one spot, and rocking just a few miles down the road.

If you can afford to wait for things to happen on your farm, by all means bide your time. But if, as it is for most of us, your hunting time is precious and you have other options, you need to get to where it’s at, and fast. Here are four ways to chase the rut.

Just a few years back, a buddy and I were bowhunting in Iowa during the first week of November, when the action is typically outstanding. But in two days of hard hunting on a great farm, we hadn’t seen a good buck and overall action was slow. We made the decision to move to a second property 30 miles away. Instead of hopping in a tree that afternoon, we drove around the area at prime time, glassing fields and gauging activity. It was clear almost immediately that we’d made the right move. At the new farm, mature bucks were still searching, chasing, and generally on fire.

Some farms don’t lend themselves well to drive-by scouting. Here, I study aerial photos for openings (ag fields, food plots, prairie, or clear-cuts), and then hit their edges on foot at midday. In a couple of hours of hard walking, I can usually find sign that reveals the status of the rut without having to penetrate any bedding or security cover. I’m looking for scrapes that have clearly been worked within days, and rubs that scream fresh! The jackpot is any large cluster of brand-new spoor. When bucks are really working an area hard, they’ll make multiple rubs and scrapes in a relatively small zone. It’s like they know this is where the doe-getting is going to be good, and they’re just blowing off steam until that happens. When I find such a spot, I hang a stand immediately and sit that afternoon.

There’s no better way to gauge a spot’s rut status than a trail camera overlooking a mock scrape. Most of my scrape cams are in place by early fall, and I can monitor the rut’s progression with frequent checks. But I never hesitate to hang one in a new spot when my go-tos go dead. I use a simple formula: I scout until I find an existing fresh scrape, then make a mock scrape on each side of the real deal. This creates an almost instant sense of competition among local bucks, and my camera will pick up all the contenders. If I don’t want to burn precious hunting time checking cams at midday, I just slip in after dark and swap out cards. Armed with an up-to-the-minute read on the rut status, I can formulate a plan for the next day.

RELATED: How to Trick a Big Halloween Whitetail

4. Get a Little Help From Your Friends

A lot of us hunt multiple areas with a group of friends. If there was ever a time to work together this is it—although the key here is to split up. Make a plan as a group to spread out across several properties, then meet after each evening hunt to debrief. After a day or two, you should have an overall feel for rutting activity. For the best and quickest intel, you should all spend at least the first few hunts in observation stands, where a bruiser might happen past, but also where you can glass a lot of ground.

If you don’t have a group of tight hunting buddies, you can still use this technique yourself by rotating sits on different properties. Start in a place where you can see deer movement, and be ready to make a move. One observation hunt can tell you all you need to know to drop the hammer on a giant the very next sit.