Last October, Bruce Manlick, 42, was paddling home after tagging a black bear when a storm capsized his kayak, plunging... 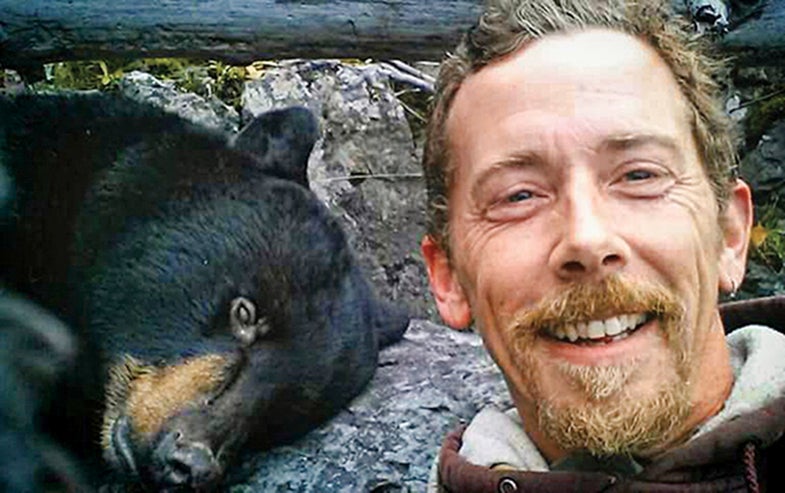 Last October, Bruce Manlick, 42, was paddling home after tagging a black bear when a storm capsized his kayak, plunging him into Alaska’s Skilak Lake.

○ After I broke down camp that morning, I packed my kayak with the bear meat and my gear, then set out across Skilak Lake. There’d been grizzly attacks in the area, and I was alone, so I didn’t want to hang around longer than I had to—even though it was windy on the water.

When I was halfway across the 4-mile lake, a storm blew in. I struggled to shield myself from the waves, which came at me from all directions, until one flipped the kayak and flung me into the 40-degree water. I gasped for air; I thought my lungs were going to explode. I grabbed the bottom of the kayak and tried to kick toward shore, but the wind was blowing so hard that I couldn’t budge.

I felt my grip slipping. I had to stay afloat, so with all my strength, I pulled my upper body out of the water and onto the overturned boat.

I prayed for help, but the area was so remote that I doubted anyone would find me. To my surprise, though, after 25 minutes, I spotted a boat. The people aboard had seen something and come to investigate.

When they got to me, they had to hoist me out of the water. I was so hypothermic that I couldn’t remember my name when they asked. They kept me warm until the ambulance arrived. I had camped along the lake a few weeks before, and had only seen one boat the entire time. It’s amazing that anyone was there to rescue me. —As told to Hilary Ribons