Close Call: Ambushed by a Grizzly

Last October, a grizzly bear attacked Rick Hollingsworth, 47, while he was hunting elk in Alberta, Canada. ○ That morning,... 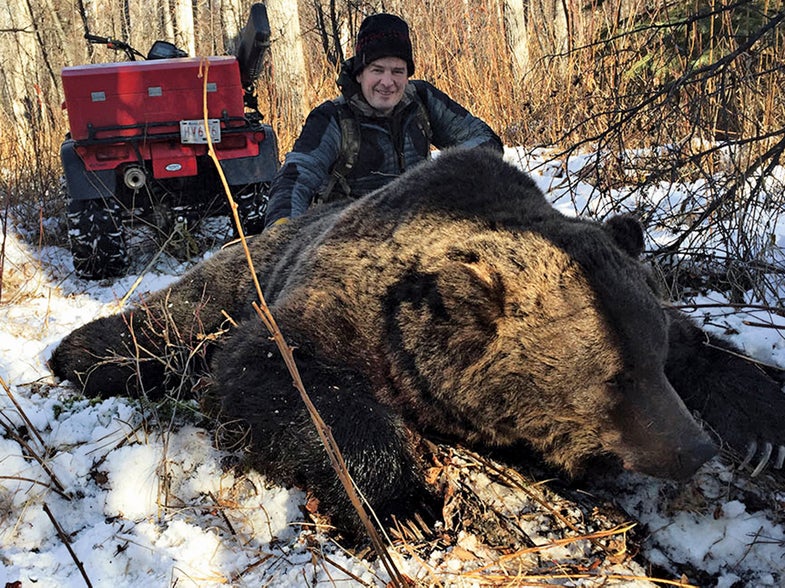 Last October, a grizzly bear attacked Rick Hollingsworth, 47, while he was hunting elk in Alberta, Canada.

○ That morning, my cousin Rob and I were headed out to hunt near the Simonette River, but only I had a rifle with me, since Rob didn’t have a big-game license at the time. We were about half a mile from the truck when we noticed fresh wolf tracks in the snow. As we kept walking, we saw a spot through the woods where crows were scavenging on a dead animal. I loaded my rifle as we slowly approached, thinking we might come upon a wolf eating the carcass. I heard this low calling sound, but a big spruce was blocking my view, so I couldn’t see what was making it. That’s when Rob yelled, “Grizzly!” The bear charged straight at him, and with no time to lift my gun, I fired from the hip and hit the bear’s shoulder.

As soon as I shot, the grizzly turned and charged at me. I shot again—from maybe 8 yards—but it just kept coming. It swiped at me, spraying its own blood everywhere, but I ducked out of the way. When I shot the third time, the bear was no more than 2 feet away. Now we were face-to-face, and my gun was empty. It swiped at me again, but its arm was hurt. That’s when the bear opened its mouth to bite me—and I shoved my gun’s barrel right down its throat. It chewed on the rifle for a few seconds, but I had stunned it, I think. It backed up 20 yards, giving me a chance to reload and fire a final shot. At last, the bear went off and died in the forest.

The whole event lasted just 10 seconds or so, but it was the most scared I’ve been in my life. I just tried to stay on my feet and remain as big as possible. Grizzlies are beautiful animals, and if there were another way, I would’ve let it live, but it didn’t give me an option. —As told to Charlotte Carroll