A few weeks ago, I saw a new-ish movie entitled Wind River, so named for the Wind River Reservation in... 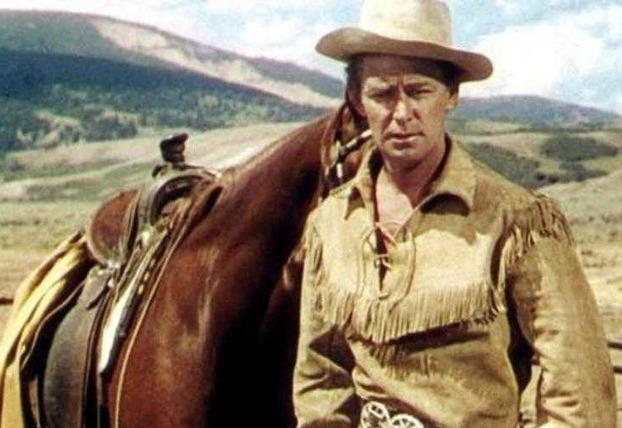 Shane is regarded as one of the first "adult" westerns. Wiki
SHARE

A few weeks ago, I saw a new-ish movie entitled Wind River, so named for the Wind River Reservation in Wyoming on which it occurred. Good movie with lots of Obligatory Gunplay, including a scene where the hero, a government hunter, shoots a half-dozen bad guys with a Marlin .45/70 Guide Gun. The bullets fling bad guys around as though they were rag dolls. Now I’ve shot a .45/70 a lot, and it’s never flung anything, nor have any of the rifles I’ve used up through .458 Lott. They knock stuff down, but in order to fling bodies through the air, the rifle would have to develop enough recoil to fling me through the air, thus sayeth Newton’s Third Law of Motion.

Wind River is not the only guilty movie. There’s Open Range, where bad guys are levitated by a shotgun, and True Grit, where the heroine is flung into an abandoned mine shaft by the recoil of a .45/70 Sharps Carbine.

Where did this particular bit of fantasy begin? With a movie called Shane, which debuted in 1953.

Generally regarded as one of the first “adult” westerns, Shane bore only a faint resemblance to the Old West as it actually was. Aside from that, it was filled with movie fakery. There is a scene where Shane gives the Obligatory Obnoxious Brat Joey a shooting lesson. That scene required 116 takes because Alan Ladd, the diminutive actor who played Shane, was hopeless with a handgun. The sound of his Peacemaker was also endlessly altered until they got the exact report the director wanted. Jack Palance, who played the gunfighter Jack Wilson, was barely able to sit a horse, or dismount one.

The actor who flew through the air was the film’s Brave but Hopeless victim, a Confederate veteran named Torrey, who draws against Jack Wilson and is shot for his presumption. The director, George Stevens, had crew members tie a rope around Elisha Cook, Jr., who played Torrey, and yank for all they were worth when Wilson fired. Torrey sailed through the air and landed in the mud, which caused everyone in the audience to suck in their breath and say, “Hoo boy, that was grim reality for sure.” How do I know? Because I was in the audience.

Shane was an immense commercial success and was nominated for six Oscars. It’s on everyone’s list of greatest American movies. If you watch it today, a lot of it is silly and dated, but there are some great performances, notably Palance, horses notwithstanding. The scenery around Jackson Hole, before the billionaires drove out the millionaires, is worth an hour and a half all by itself.