Years ago, I had a custom rod builder make me several heavy-action spinning rods on stiff baitcasting blanks for the... 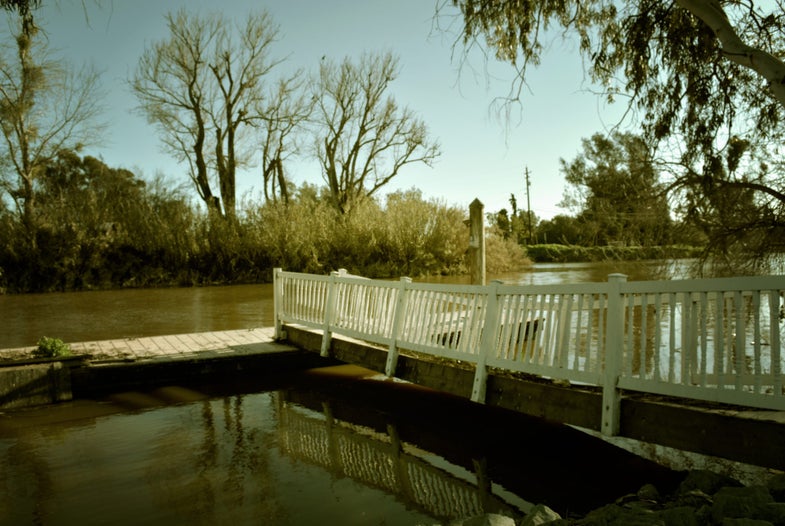 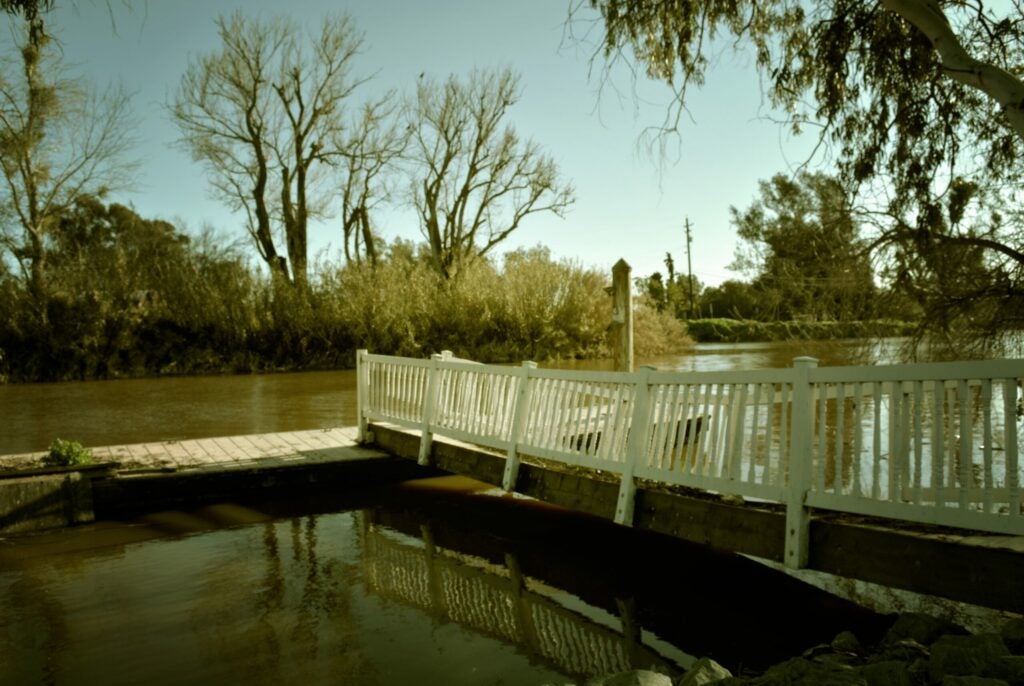 A spinning outfit can actually be the best tool for working gnarly docks if you set it up correctly.

Years ago, I had a custom rod builder make me several heavy-action spinning rods on stiff baitcasting blanks for the sole purpose of skipping baits way under docks. I felt that a spinning rod both made the presentation easier and provided the strength and leverage to get a bass out. The presentations I’m talking about are not your typical skips and flips; I mean casts that are either nearly impossible angle and distance wise with a baitcasting setup, or likely to cause a baitcaster to keep backlashing all day. Because of these custom spinners, I became proficient in certain scenarios where other anglers struggled. Overall, my heavy spinning rod, combined with an underhand style casting technique, helped me become at least 50% more effective in the docks. But getting dialed in took more figuring than just having custom rods. So I thought I’d go over my dock spinning setups, and what I’ve learned from tinkering with them over the years. These days I carry two of these heavy spinning rods for dock skipping, and if you’re thinking about trying a spinning rod in the dock game, this will help you get rigged proper. So we’re on the same page, I keep one reel spooled with 14- or 16-pound fluorocarbon, and the other spooled with 30-pound braid.

Experience has taught me that smaller, lighter baits are difficult to cast on heavy fluoro. So with smaller baits I tend to lean on a braid/fluoro leader combo. It has less drag and the lighter rod tip on the braid setup loads easier for casting.

Upsize your reels. Many anglers choose pipsqueak spinning reels and then try and heave-ho on bass with braid. Not only does the small reel hardware take a beating then fail, but the speed of the reel retrieve is too slow for the angler’s main objective, which is extracting that bass out from under the dock as quickly as possible.

Getting hung frequently is inevitable. To combat this, I’m constantly switching from one setup to the other as the structure, angle, and presentations change. I do this because I’m saving my leader rig for when I really need it. For example, if I have a beefed-up rig with 30-pound braid to 20-pound fluoro leader, that sucker could be hard to break if I get hung and then I have to spend time retying. On the other hand I know that if that big resident bass bites it in the most hard-to-get-to and dangerous spot, I’ve got a better chance at him with that setup. Conversely, if I don’t see many obstacles as I glance into the small openings before a cast, I will choose the pure fluoro.

Hook set power should change for each setup, but it’s hard to un-train what you do automatically. To combat this, choose a lighter action rod for the braid setup. Essentially, your hook set power and speed can then remain the same and have the same effect with both setups.

Re-Tie often no matter what. This pattern is high risk, but high reward. The rewards come at the expense of a lot of time tying, and retying, then retying some more. Check your line and leader for abrasion after every cast.

It’s easy to get lazy. Laziness comes in many forms when the level of difficulty goes up in bass fishing, and this pattern is at least a 9 out of 10 in terms of difficult bass fishing. Look at it this way: now that you’re rigged correctly, you have to go for it. Each cast has to have a predetermined incoming and exit strategy for either your bait flying solo, or with a bass attached upon exit.

Hook strengths have to match your setup, as do the guides on your rods. Cheap-O hooks and super-light single-footed guides simply don’t cut it in this game. You want strong, well-built hooks and double footed guides if possible.

A 2-foot fluoro leader is all you need, but you need it. Don’t bother tying off directly to your braid. Straight braid creates major problems because you can’t break off when hung. Most likely you’ll have to cut the entire length of a cast off, which is bad for many reasons.

Take care of your wrist/forearm by properly balancing the outfits. Take it from someone who went through a period with pretty severe forearm soreness, largely because I explored this unchartered technique improperly for a while. Then, I started weighting the butt sections of the rods and adding longer handles that spanned to my elbow in order to take the stress off my wrist and apply it to my elbow which is a bigger, more equipped joint. Problem solved over time.