A conservation officer is in a New York hospital after being shot while working on a deer-poaching case. The Poughkeepsie... 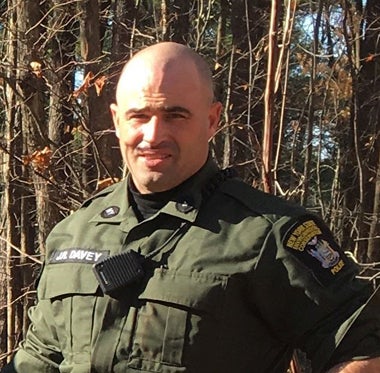 A conservation officer is in a New York hospital after being shot while working on a deer-poaching case.

The Poughkeepsie Journal reports that officer James Davey of the New York State Department of Environmental Conservation was shot in the pelvis on Tuesday night as he looked for poachers in a cornfield in Columbia County.

According to ABC News 10, Davey and a fellow officer were responding to a complaint of trespassing with shots fired. They were following tire tracks when Davey was shot.

“DEC commends the two officers for their courage in the line of duty and thank them for their service,” states the department’s press release. “On behalf of all New Yorkers, our thoughts and prayers are with the wounded officer and his family.”

Davey had surgery and is in stable condition.

Alan Blanchard has been charged with assault for shooting Davey. Initial reports by the state police called the shooting a “hunting accident,” the wording of which the DEC objected to in a story published yesterday by Time Warner Cable News.