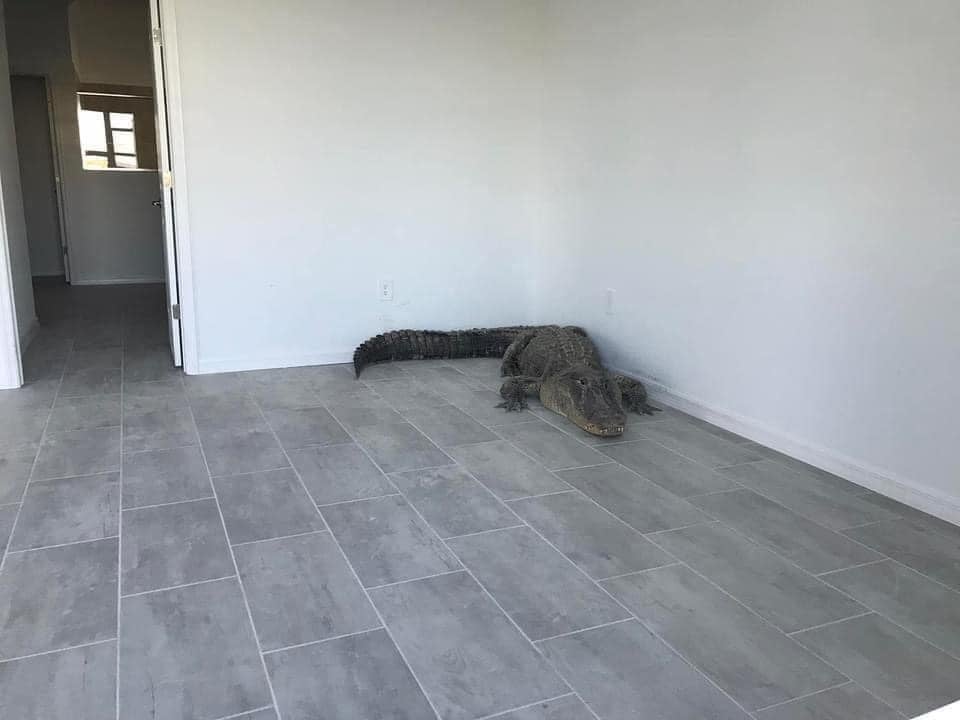 This is the kind of thing you’d only expect to happen in one state: Florida. In mid-March, a man came to a newly constructed home to install window blinds—and discovered a large alligator hanging out in the master bedroom. The wild incident took place at Florida’s Babcock Ranch community, which is just north of Fort Myers.

Matthew Goodwin, the house’s project manager, told McClatchy News that the gator, which was estimated to be 10 to 12 feet, had made its way into the house through the laundry room door in order to seek shelter during a cold front. “The wind closed the door, and [the alligator] was trapped,” said Goodwin. “He went into every room and made his mark.”

Two professional alligator trappers promptly responded to the scene. They used a trapping pole to pull the gator out of a patio door. As they dragged the gator, it spun several times in what’s known as a “death roll,” which is typically used to kill prey. They then pulled the gator away from the residence, loaded it into a vehicle, and safely released it at an undisclosed location.

According to the Florida Fish and Wildlife Conservation Commission, alligators are found in all 67 of the state’s counties. As the state has experienced recent population growth, especially with the construction of many new waterfront homes, the agency says there will be more frequent human-gator interactions—and a greater potential for conflict. The agency manages a “Living with Alligators” webpage that provides resources for safely coexisting with the big reptiles. Fortunately, in this instance, any serious harm was avoided.

“See ya later alligator has a new meaning now for this 11 footer found in a home here,” wrote Danette Larson, a local realtor, in a Facebook post. “Sorry Mr. Gator, that [home has already] been SOLD.”