The large rodents are native to South America, but some say they’ve seen them in the U.S., too 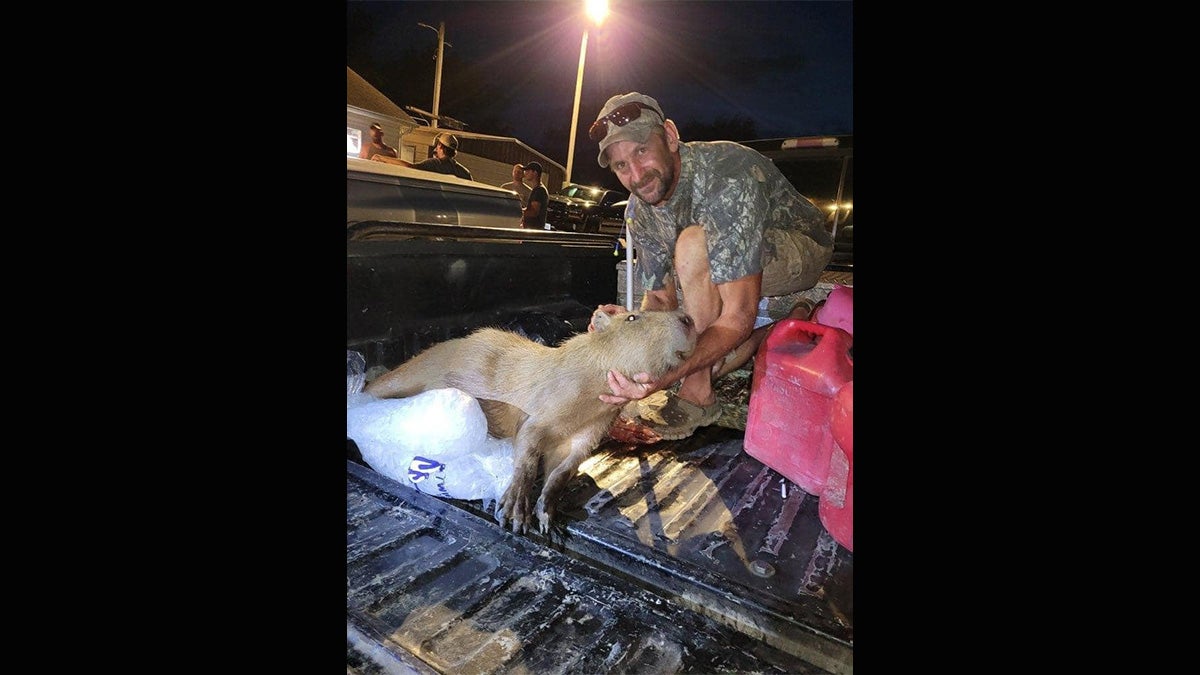 Bowfishermen have been known to bag all sorts of exotic quarry, but an Illinois sportsman just raised the bar for strangest catch of the year by shooting an 80-pound capybara while bowfishing on the St. Mary’s River.

Capybaras are about twice the size of beavers, which makes them the world’s largest rodent. They can weigh more than 140 pounds and stand 2 feet high at the shoulder. The close relatives of guinea pigs are found throughout much of northern and central South America, but “not uncommon” sightings in Florida have led the Florida Fish and Wildlife Conservation Commission to declare that a breeding population may exist in that state.

A post on the Facebook page of 618 Hunting says the Illinois harvest took place in Randolph County in mid-July and was reported to the local game warden. One photograph shows a fat, sleek, apparently healthy capybara standing on a riverbank in daylight. No word on whether the animal was shot on the shore or in the water, but the semi-aquatic rodents are strong swimmers, with webbed toes for paddling and eyes and ears positioned high on their heads that allow them to remain alert while in the water.

So how did a tropical rodent the size of a Labrador retriever end up in Illinois? No one knows for sure, of course, but the animal’s condition led many Facebook users to speculate that it was an escaped or abandoned pet. (One commenter even posted photos of a pet capybara in a backyard swimming pool, and it is legal to keep the animals as pets in some states.) The critters’ similarity to nutria—a much smaller South American rodent deliberately brought to the U.S. in 1889 for the fur trade and now considered an invasive species in 20 states—has researchers studying the possibility that capybaras could make the transition from exotic to invasive species in North America.

According to a report in Science News, biologist Elizabeth Congdon of Bethune-Cookman University in Daytona Beach has warned that sightings of juvenile capybaras may prove that the animals are breeding in Florida, and their adaptability to a wide range of habitats (including urban cityscapes) suggests “they might be able to make a go of it in the United States.”

Read Next: 8 Invasive Species in The U.S. That You Can Eat

The absence of native South American predators such as anacondas, pumas, and jaguars here would suggest that the highly social rodents that live in groups as large as 40 and reproduce at a rate comparable to nutria could pose big problems for U.S. ecosystems. “While coyotes and dogs are known to hunt nutria,” Science News noted, “it appears that nothing in the United States, other than a human, is big enough to kill a capybara.”