Could water being pumped from a defunct phosphorus mine lead to more harmful algal blooms and fish kills on Florida's west coast? 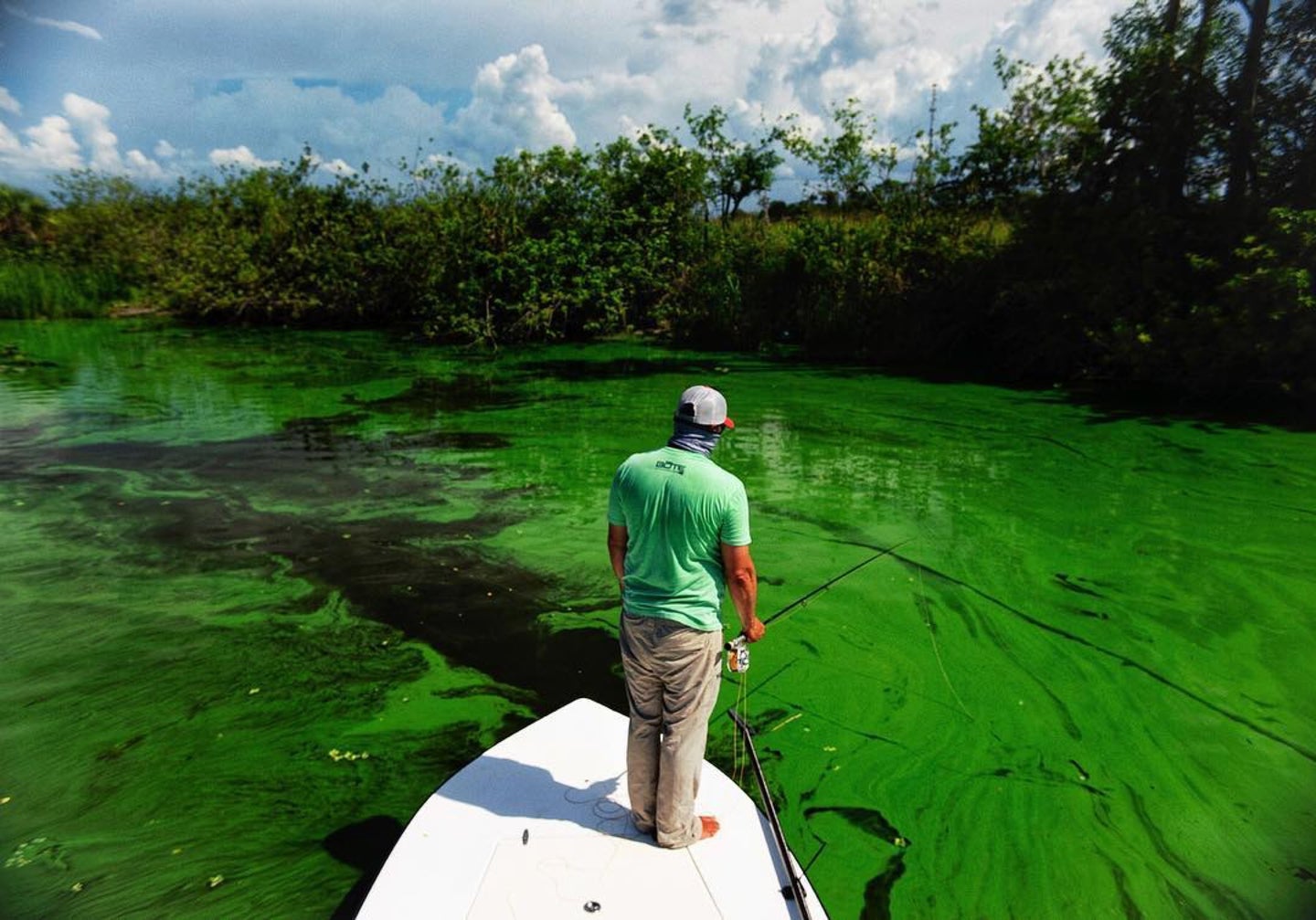 On Friday, April 2 at 6:18 p.m., the Manatee County Public Safety Department in Tampa Florida issued an emergency evacuation notice ‘due to the imminent uncontrolled release of wastewater’ from a reservoir containing phosphogypsum. The reservoir, owned by HRK Holdings, LLC,  is part of a defunct phosphorous mine. If the walls of the reservoir do let go, officials believe a ‘20-foot wall of water’ could be created as more than 300 million gallons of toxic wastewater exit the site rapidly.

In an effort to relieve pressure and prevent a catastrophic failure, engineers under direction from interim Manatee County Administrator Scott Hopes are depositing water from the failing reservoir into Tampa Bay to the tune of 35 million gallons a day. Fortunately, the reservoir has not burst so far, and the homes and businesses in the area are still standing. But the environmental fallout from the incident and impact to local fisheries have not yet been realized.

“That water is going into Tampa Bay,” says Captain Chris Wittman, co-founder and Director of Outreach and Engagement for Captains for Clean Water, a conservation organization dedicated to improving water quality in Florida’s estuaries and the Everglades. “Whether that’s by pumps or failure. It’s all going in.”

How a Wastewater Leak Like This Could Affect Fish and Wildlife

According to the EPA, phosphate is the fifth largest mining industry in the United States in terms of the amount of material mined. Much of that material goes toward fertilizer production, with the phosphate rock being dissolved in an acid solution to free up the phosphorus. The waste product of this procedure, phosphogypsum, contains trace amounts of radioactive elements; so it is stored indefinitely in so-called stacks. Reservoirs, like the failing one at Piney Point, are often created on top of these stacks to hold the tainted water created by the extraction process. This wastewater has high levels of harmful elements and must be cleansed before it can be released into the environment.

“The water being pumped into Tampa Bay is high in nitrogen and phosphorus,” Wittman says. “Whenever we have excess nutrients in marine environments, it has disastrous results.” These results include harmful algal blooms that can deplete oxygen levels to the point that waters can no longer sustain life or red tides that produce toxins that kill fish and other marine animals. In 2018, a red tide killed millions of fish, more than 100 sea turtles, 92 manatees, and a whale shark on Florida’s west coast. This has conservation groups like Captains for Clean Water bracing for the worst.

“The main economic driver for Florida is our natural resources,” Wittman says, citing an economic downturn caused by the 2018 red tide. “People come to fish in our beautiful waters. The economic impact of water quality spreads to everyone.”

With no fish for anglers to catch and beaches filled with dead marine animals, tourism took a major hit three years ago. Canceled trips in the wake of the 2018 red tide emergency led to a $41 million loss to the economy of Sanibel and Fort Myers Beach alone in a two-month period. In a two-week period during that time, Sanibel spent $75,000 a day clearing dead fish from area waterways.

Wittman notes that the problems at Piney Point were well known for the last 20 years. In May 2011, some 170 million gallons of toxic water spilled from the Piney Point site into Bishop Harbor. Potential cracks in the liner were documented in recent inspections in July, October, and December 2020. With Florida home to dozens of similar facilities, Wittman believes it’s only a matter of time before another spill occurs. “Policymakers need to prevent these disasters before they happen. Because when they do, it’s all on the taxpayer to deal with the problem and pick up the tab,” he says.

This point is not lost on Governor Ron DeSantis. He intends to use the state’s resources to prevent future incidents, and hold violators accountable.

“While our foremost concern is ensuring the safety of the community, my administration is dedicated to full enforcement for any damages to our state’s resources and holding HRK accountable for this event,” Governor DeSantis tells F&S. “This is not acceptable nor is it something that we will allow to persist. I have directed DEP Secretary Noah Valenstein to work with Manatee County and utilize all available resources to form a permanent solution to this long-standing issue.”

Wittman states that Governor DeSantis is a key ally in Florida’s fight for clean water, but the governor’s office is just one part of the complex balance that is natural resource management.

“We need our state legislature to introduce meaningful policy that holds polluters accountable for environmental impacts like this,” says Wittman. “The Florida legislature has systematically dismantled regulations to serve and benefit special interests. These special interests—in this case, phosphate mining—are profiting off of Florida’s resources at the expense of our state’s citizens and environment. They make their profits, exhaust the resource, and then leave the mess to taxpayers. We have to see new legislation that prevents special interests from continuing this kind of bad business that exploits our state and its citizens.”

Governor DeSantis’ office has set up the website, ProtectingFloridaTogether.gov/PineyPointUpdate to provide up-to-date information on the ongoing efforts at the Piney Point site. F&S will continue to follow this developing story and post updates here.