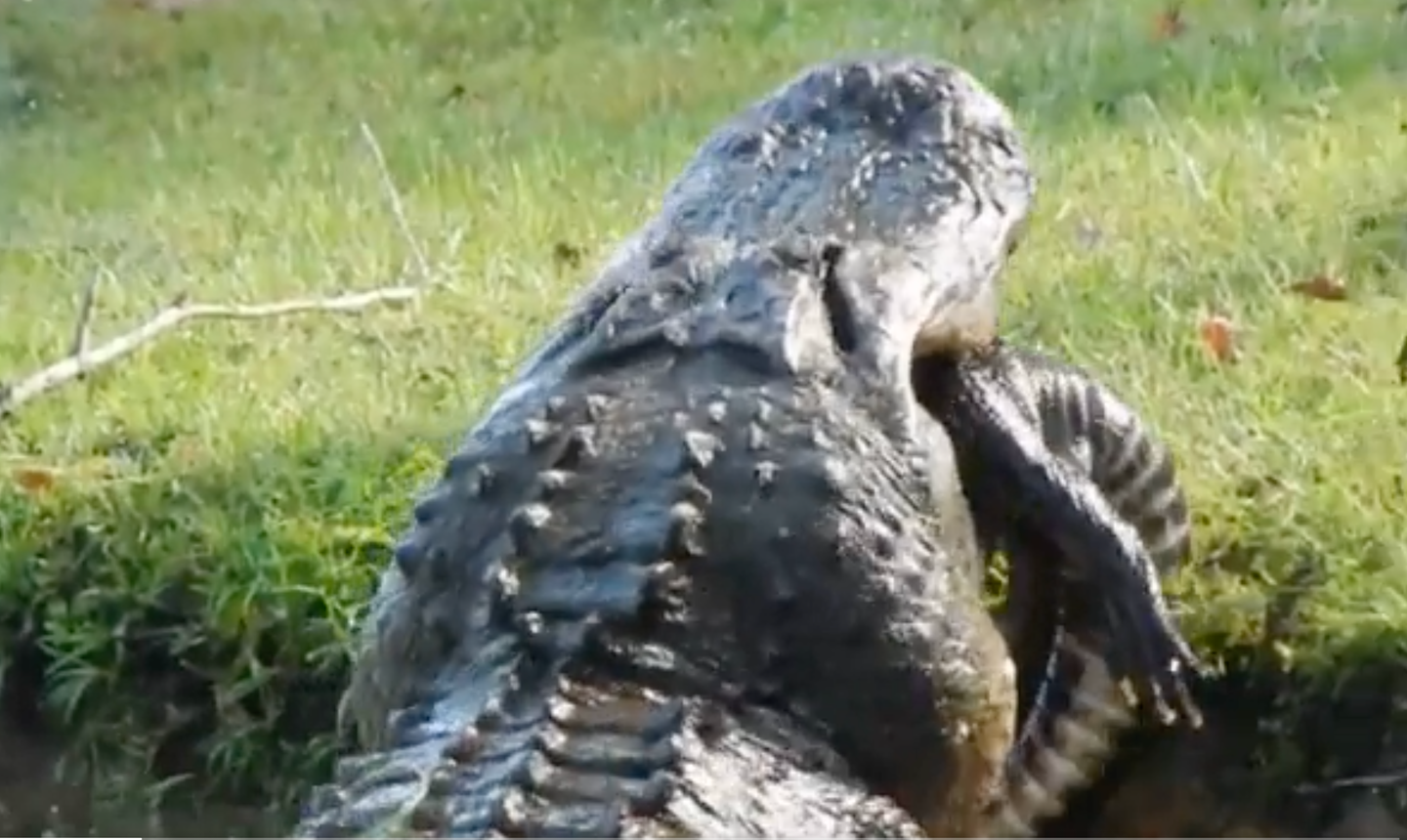 In some places, up to 15 percent of young gators are eaten by older ones. @Soper_TandC via Twitter
SHARE

It’s a gator-eat-gator world in the South Carolina Lowcountry. On Thursday, September 30, Taylor Soper tweeted a wild video of a huge alligator chomping on a smaller gator and slowly working it down its gullet. The brutal scene may be shocking, but it’s not unheard of, either. In fact, a 2011 study found that 6 to 7 percent of young alligators fall victim to cannibalism—as this one did. Though Soper posted the short video of the encounter, he notes that his father was actually the videographer in this case, “but he doesn’t have social media.”

“This happened in my parents’ backyard today,” wrote Soper. “The snack is a 6ft gator. #LowcountryLivin.”

“I was absolutely blown away,” Soper told USA Today. “It’s a freaking dinosaur.”

Why Do Gators Eat Their Young?

The American Alligator is native to South Carolina, where the recent gator-cannibal incident took place. The species was once listed as a federally endangered species, but today they’re common throughout the southeast U.S. Alligators can grow to over 14 feet long and 1,000 pounds in weight. They’re considered “opportunistic feeders,” meaning they feed on a variety of prey and can adapt to whatever food is available. The most common gator foods include fish, turtles, wading birds, snakes, frogs, small mammals, and, yes, smaller alligators.

Scientists have long researched the cannibalistic nature of gators. During the 2011 gator-cannibalism research project, Florida Fish and Wildlife Conservation Commission researchers found that one hunter-harvested gator had eaten at least 14 other alligators alone. Researchers say that gator cannibalism is a survival mechanism that helps maintain population stability among larger gators, which are at the top of the food chain, while smaller gators can be preyed upon. The occurrence of cannibalism among alligators likely fluctuates depending on the population density of alligators. If an ecosystem is at its “carrying capacity” for alligators, up to 15 percent of young gators may be eaten by older gators, according to the study.