Monster Great White Sharks Summer in Waters off the Northeast 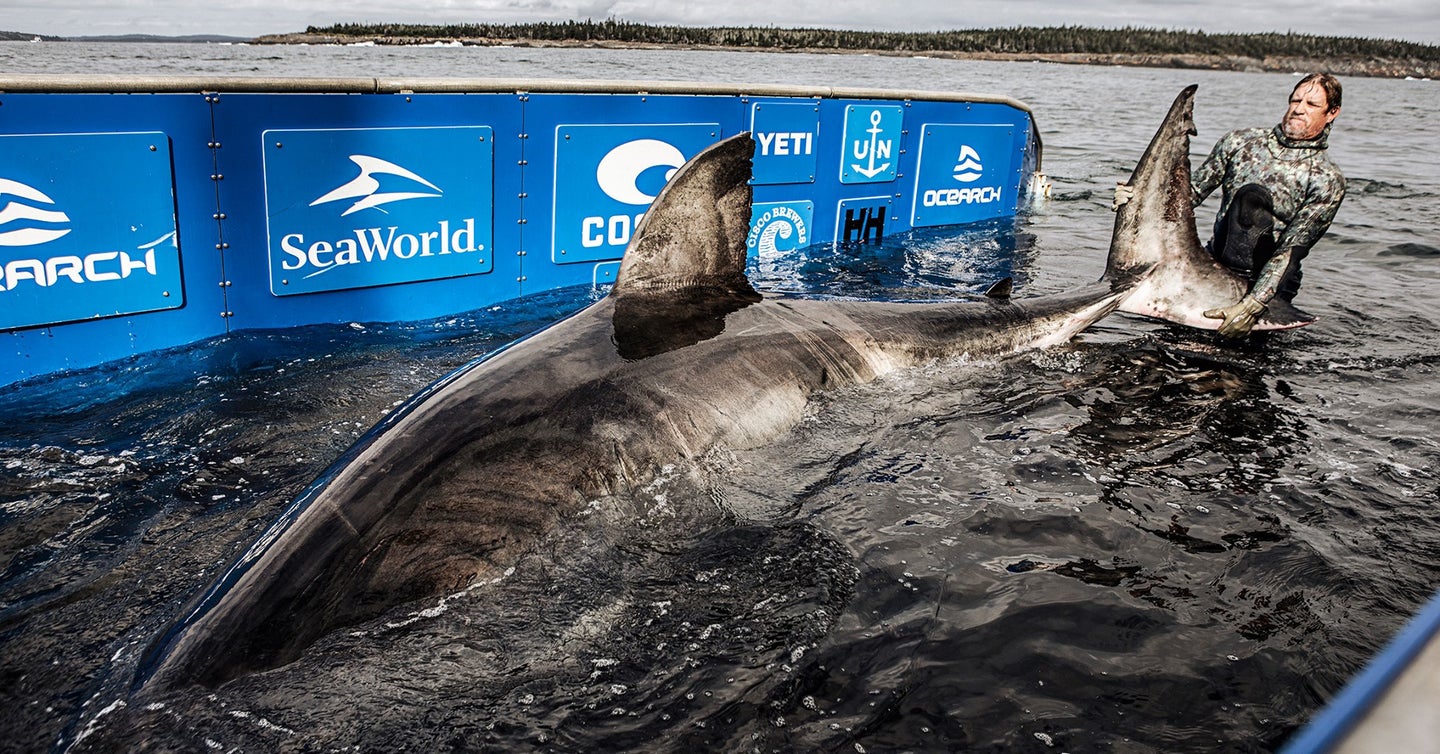 Great whites are on the rise off the coast of Mass.
SHARE

It’s shark season on Cape Cod. The area has seen a significant rise in Great White shark detections over the last year. Recently, researchers from OCEARCH, a scientific research organization focused on tracking and studying ocean life, have warned of several huge sharks lurking in the shallows near New York, New Jersey, and Cape Cod.

“There are thousands of [great whites] on the East Coast right now,” OCEARCH founder Chris Fischer told the New York Post. “Right now the sharks are loading up on dogfish, seals, and blubber over the summer.”

OCEARCH has tagged 70 sharks—a small proportion of the total shark population in the Atlantic. The organization has tracked several impressive specimens off the coast of Cape Cod in the past couple of weeks including, Rose, a 10-foot 5-inch, 600-pounder; Andromache, an 11-footer; and Charlotte, an 8-footer.

Then there is Mary Lee, a Jaws-like 16-foot, 3,456-pound giant white shark that also thought to be in the New York area, though her tag stopped pinging in 2017. The most current tracking information is available on an interactive Global Shark Tracker map that is available to the public free of charge.

Just last week, Cape Cod conch fisherman Nick Queenan found a 6.5-footer that was accidentally entangled in the line attached to a buoy.

“I’ve seen sharks out there before,” he says, “but I’ve never heard of a shark attacking a buoy like that.” Queenan was able to free the juvenile shark by approaching the situation with “extreme caution.”

Great white sharks are apex predators that grow to an average of 15 feet in length and can swim up to 15 miles per hour. The sharks typically make their way north for the summer from the Carolinas before making the nearly 1,000-mile swim back for the winter. Great whites are known to eat other sharks, fish, sea birds, and seals and sea lions. Fischer adds that the great whites in the region are currently feasting on spiny dogfish. Shark attacks on humans are rare, especially fatal attacks, though they do happen. A great white shark killed 26-year-old surfer Arthur Medici in 2018 in Cape Cod.

“It doesn’t make sense to dress up like a seal and go out in the middle of the food chain,” says Fischer. “The moment you’re 3-feet in the ocean, you’re in the wild, and you’ve taken a risk. It’s the same thing as wandering off into the woods without protection or unprepared during bear season. You might get yourself killed.