Will a New High-Speed Rail in the Mojave Harm Desert Bighorn Sheep? 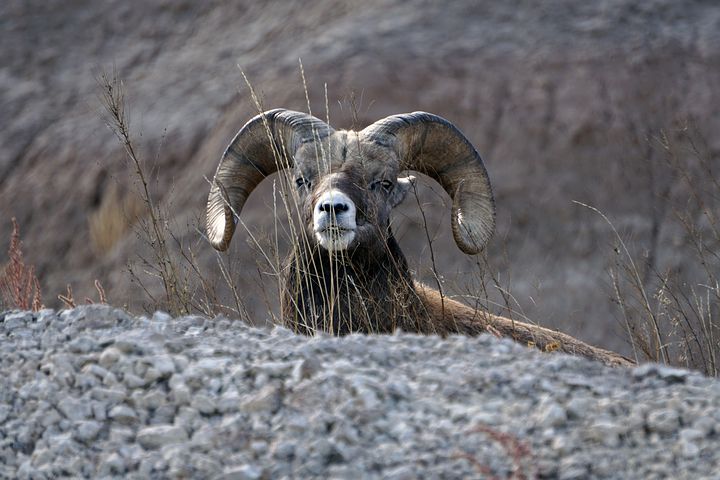 A fight that’s lasted for more than a decade is still raging between developers of a high-speed electric railroad line and environmental groups. It centers around one animal: the desert bighorn sheep. The rail line, which would run between southern California and Las Vegas has been on the minds of local city, state, and regional officials, along with developers, since the inception of the project in 2005. If successfully implemented, high-speed trains would utilize electric power, minimizing fossil fuel usage and emissions. The $8-billion high-speed railroad would run along the center divider of Interstate 15 for the roughly 170-mile route across the Mojave Desert.

Project developers from Brightline West say the rail line would require a 6-foot high concrete barrier to prevent cars from crossing into the train line. Conservation groups, including the Sierra Club of California, Wild Sheep Association, California Wilderness Association, and Safari Club International, say that this could harm the migratory movements of bighorn sheep, which cross I-15 regularly, along with mountain lions, and other wild critters. The ongoing drought in the southwest is also forcing animals to get on their feet in search of water. These environmental groups are pushing for the construction of wildlife crossings, also known as land bridges, to be included in the project. Some environmental advocates have also pointed out that Brightline West is based in Miami and may not have local interests in mind.

“We cannot allow a Florida company to come in and profit at the expense of our state’s biological resources,” Chris Clarke of the National Parks Conservation Association told the Los Angeles Times. The proposal originally drew skepticism in 2011 when efforts began in earnest to get the project moving.

Wildlife crossings are not currently part of Brightline West’s plans. Officials estimate the train would take about 3 million vehicles off of I-15 while transporting 11 million passengers annually between Las Vegas and Victorville, California, which is just northeast of LA. The argument over wildlife crossings has recently come down to the matter of who has the authority for requiring them.

“Caltrans does not have the authority to require that Brightline West incorporate wildlife crossings as part of the project,” David Matza, chief of external affairs for the California Department of Transportation in San Bernardino and Riverside counties, told the LA Times. He said the Federal Railroad Administration has exclusive jurisdiction.

Wildlife advocates say the land bridges would not only help wildlife populations but also reduce vehicle crashes on I-15. Only 19 wildlife crossings currently exist in the country: four in Nevada and Arizona; two in Washington, Utah, Wyoming, and Colorado, and one in New Jersey, Montana, and California. A land bridge to help mountain lions near Los Angeles cross the 101 Freeway is currently in the planning stage and could cost up to $87 million to construct.