Beavers, and their dams, are critical to the health of streams 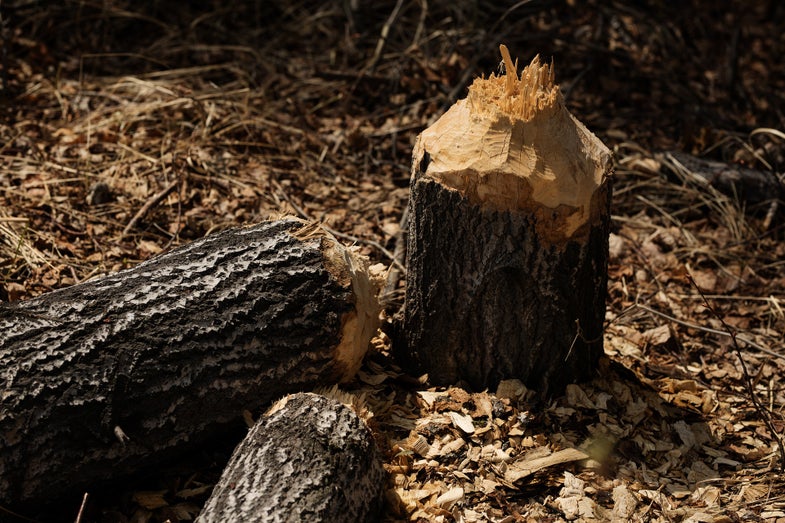 Dams have never been a friend to steelhead. So, dam builders, including beavers, have been implicated in the demise of Great Lakes rainbow fisheries for over a century. But a new study from the University of Minnesota Duluth, focusing on the Knife River, offers evidence that beavers should perhaps not take the rap, especially on smaller streams where river systems emerge. In some cases, they may even deserve some credit for benefiting the trout.

The Knife River, just north of Duluth, on the far western end of Lake Superior, is a storied steelhead fishery. Legends recount spring runs of 10,000 lake rainbows during its heyday in the 1950s and ’60s. Kevin Bovee, 66, a 35-year member of the Lake Superior Steelhead Association, told the Duluth News Tribune, “People used to gather in huge groups to watch the fish go over the first falls. I got in on some of those good old days.”

But two decades later, the fishery crashed. In 1984, a DNR creel survey counted only 66 steelhead along the entire North Shore, from Duluth to Thunder Bay. In 1996, a new fish trap permitted the DNR to count migrating trout on the Knife. Only 87 swam up the river.

More recently, Minnesota has invested nearly $5 million to restore the Knife. Over the past decade, as a part of that effort, the DNR has overseen the removal of 250 beavers and 170 dams on the river system. But Karen Gran, a geomorphologist at UMD’s Swenson College of Science and Engineering, and the study’s lead researcher, took note when a local group, Advocates for the Knife River Watershed, raised concerns that the beaver removal effort was excessive.

For two years, Gran and her team compared the impact of beaver dams and beaver dam removal on trout in the small streams of the upper regions of the system. What they found contradicted conventional wisdom. The dams, the evidence showed, actually cooled water downstream and provided better flow during dry spells. Gran told the Tribune, “We have pretty compelling data that beaver dams were helping keep groundwater levels high and the stream discharge flowing and the temperature cooler.” Previous research had also shown that beavers are critical to the health of northern forests, which harbor groundwater and also cool the streams.

Gran emphasized, though, that the study only looked at small streams and that dams on larger streams may well be more damaging to trout. She also noted a concerning sudden rise in the beaver population, due to reduced trapping as fur prices fall. Still, she said, “We’re hoping that the data we’ve collected can lead to a more nuanced approach to trout management on the Knife River.’’

For steelhead, there’s a lot at stake. The Knife has more accessible spawning waters than the hundreds of other North Shore streams combined, most of which are blocked to Lake Superior fish by human-built dams.