Experts have been unable to definitively identify the shark, which is hands-down one of the strangest catches of the year 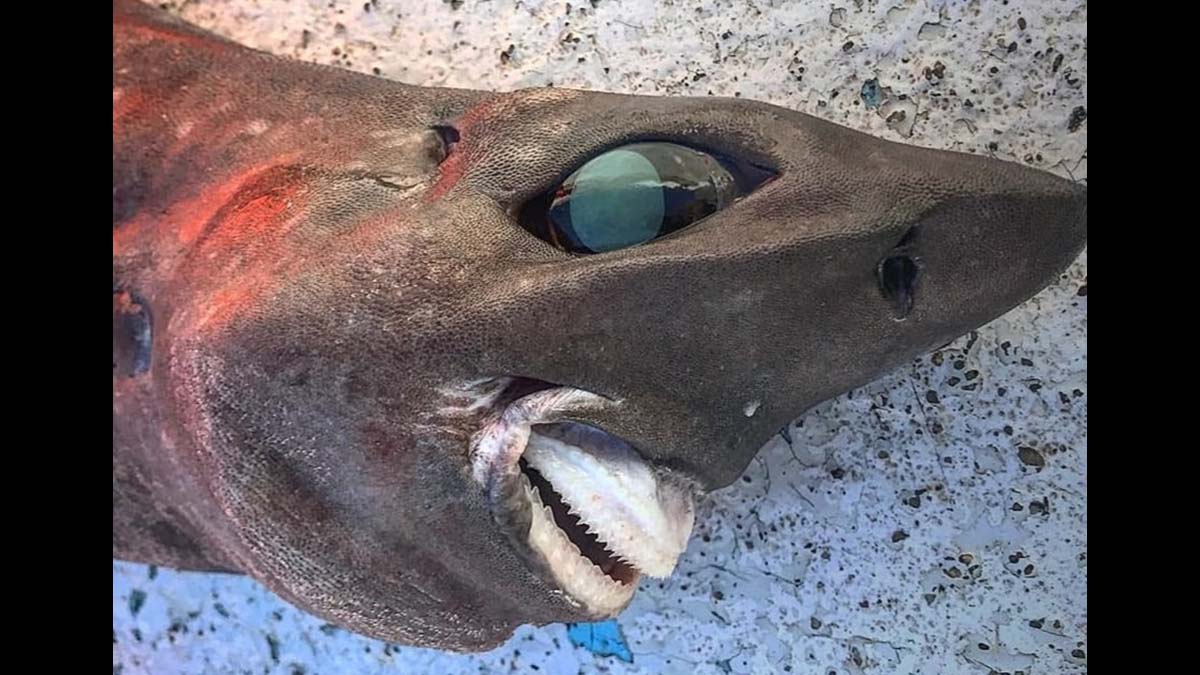 Australian angler Trapman Bermagui recently caught one heck of a shark. On September 12, Bermagui , an angler based out of Sydney, posted a photo of his unusual catch on Facebook—and the photo has since gone viral, largely because of how strange the shark looks. It has bulging blue-green eyes, a creepy grin with a human-like set of teeth, and a distinctive red hue on its body. “[This is] the face of a deep sea rough skin shark,” he wrote. “[It was pulled up] all the way from 650 meters deep.”

Despite the recent attention, Bermagui says he catches other rough skin sharks, which are also known as endeavor dog sharks, commonly. But experts have not been unable to confirm the species of Bermagui’s shark. In fact, two different shark experts gave Newsweek different species when asked to ID the strange creature.

“[It] looks to me like a deepwater kitefin shark, which are known in the waters off Australia,” Christopher Lowe, professor and director of the California State University Long Beach Shark Lab, told Newsweek. “However, we discover new species of deepwater shark all the time and many look very similar to each other.”

Meanwhile, Dean Grubbs, associate director of research at the Florida State University Coastal and Marine Laboratory, said the shark appeared to be a “roughskin dogfish.” Roughskin dogfish are typically found near continental shelves at depths between 100 and 1,500 meters deep, according to Wikipedia. Some Facebook commenters have also speculated it’s a cookie cutter shark.

Bermagui did not give any weight or measurements of the shark, which has hindered experts from more definitively identifying its species, nor has he released any photographs that show its entire body. Regardless, it’s an exceedingly strange catch that prompted Facebook commenter Mellie Ann Wilson to call it “the stuff of nightmares,” which is an apt description.