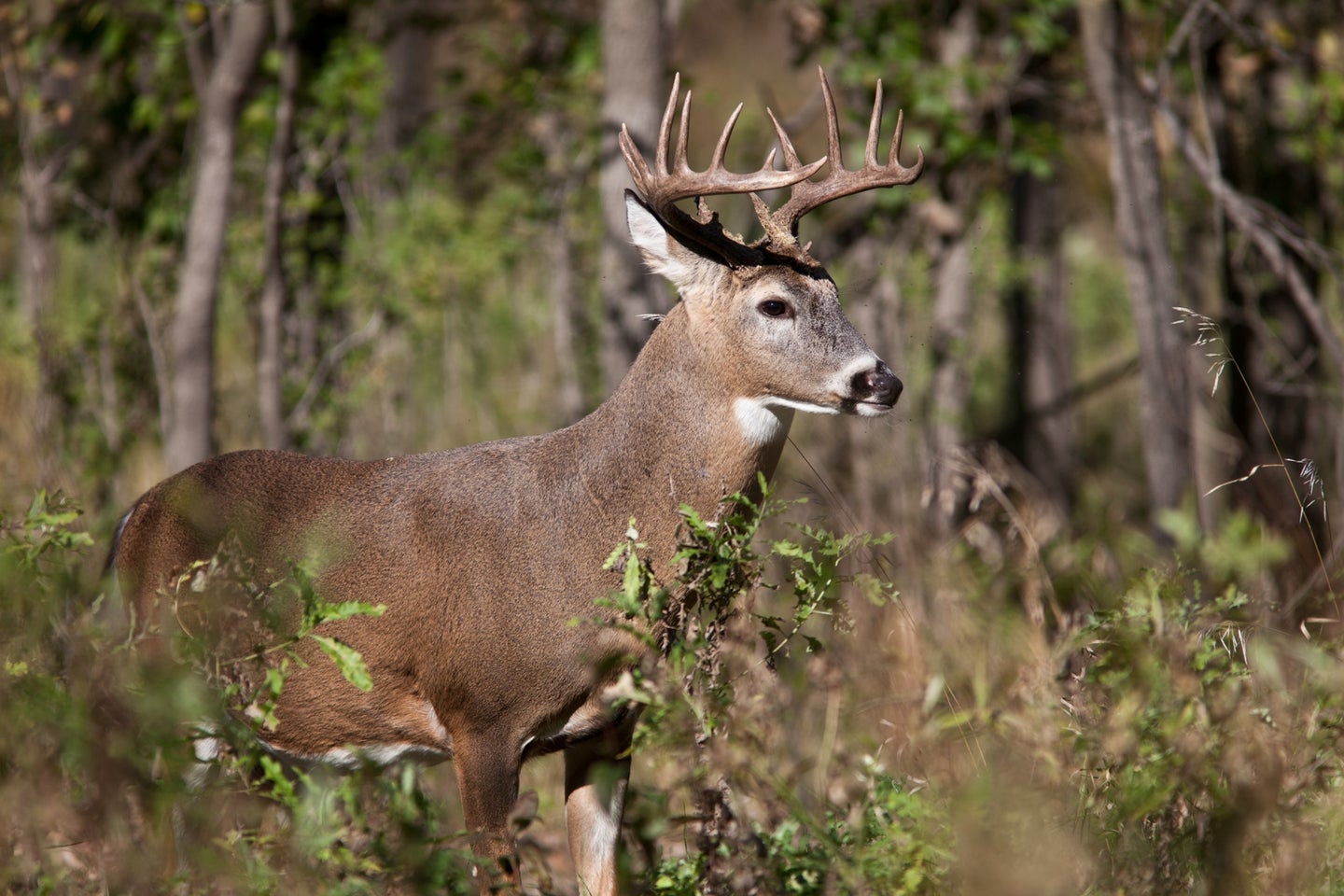 On March 31, 2022, the North Carolina Wildlife Resources Commission (NCWRC) revealed that a whitetail deer harvested by a hunter had tested positive for Chronic Wasting Disease (CWD)—marking the state’s first positive result for CWD. The test results were confirmed by the National Veterinary Services Laboratory in Ames, Iowa.

According to the agency, the deer had been killed in Yadkin County, which is due west of Winston-Salem, in December 2021. During the 2021-22 season, two CWD-positive deer were killed in Montgomery County, Virginia, which is just 33 miles to the north of Yadkinville, North Carolina. This prompted NCWRC officials to increase sampling efforts. With the help of cooperating hunters and taxidermists, they collected over 7,200 samples throughout the state.

At this point, only one positive result has been verified. However, test results continue to come in from the 2021-22 testing period. Of the samples collected, only 60 percent have been tested, including 76 percent of the results from four counties—Alleghany, Surry, Stokes, and Rockingham—located in northern North Carolina along the border of Virginia.

“We are appreciative of all the cooperating taxidermists, meat processors, and hunters that have helped with our CWD surveillance,” Brad Howard, chief of the NCWRC wildlife management division, said. “Their diligence helped us to detect the presence of CWD now, which is much better than if the disease had gone undetected.”

The agency will now implement a CWD Response Plan. Part of the plan involves creating an ongoing line of communication with the public starting with an emergency commissioner’s meeting on the issue slated for April 7, 2022. “Although the detection of CWD is bad news, we have been preparing for this possibility for decades,” added Howard. “Our long-term goal is to protect our deer herd and our deer hunting culture. Achieving that goal means we must work with our constituents to implement our response plan and refine our long-term management strategy.”

CWD is an always-fatal disease caused by prions—abnormal proteins—that spread throughout a deer’s nervous system. However, symptoms or signs of the illness may not manifest themselves for up to 16 months or more, post-infection. This oft-delayed incubation period, lack of a viable vaccine, and the ease by which CWD is transmitted make the situation a threat of priority to all states where positive tests have been confirmed. According to the U.S. Geological Survey, North Carolina is now the 30th state to report the presence of CWD in free-ranging deer, elk, or moose populations.