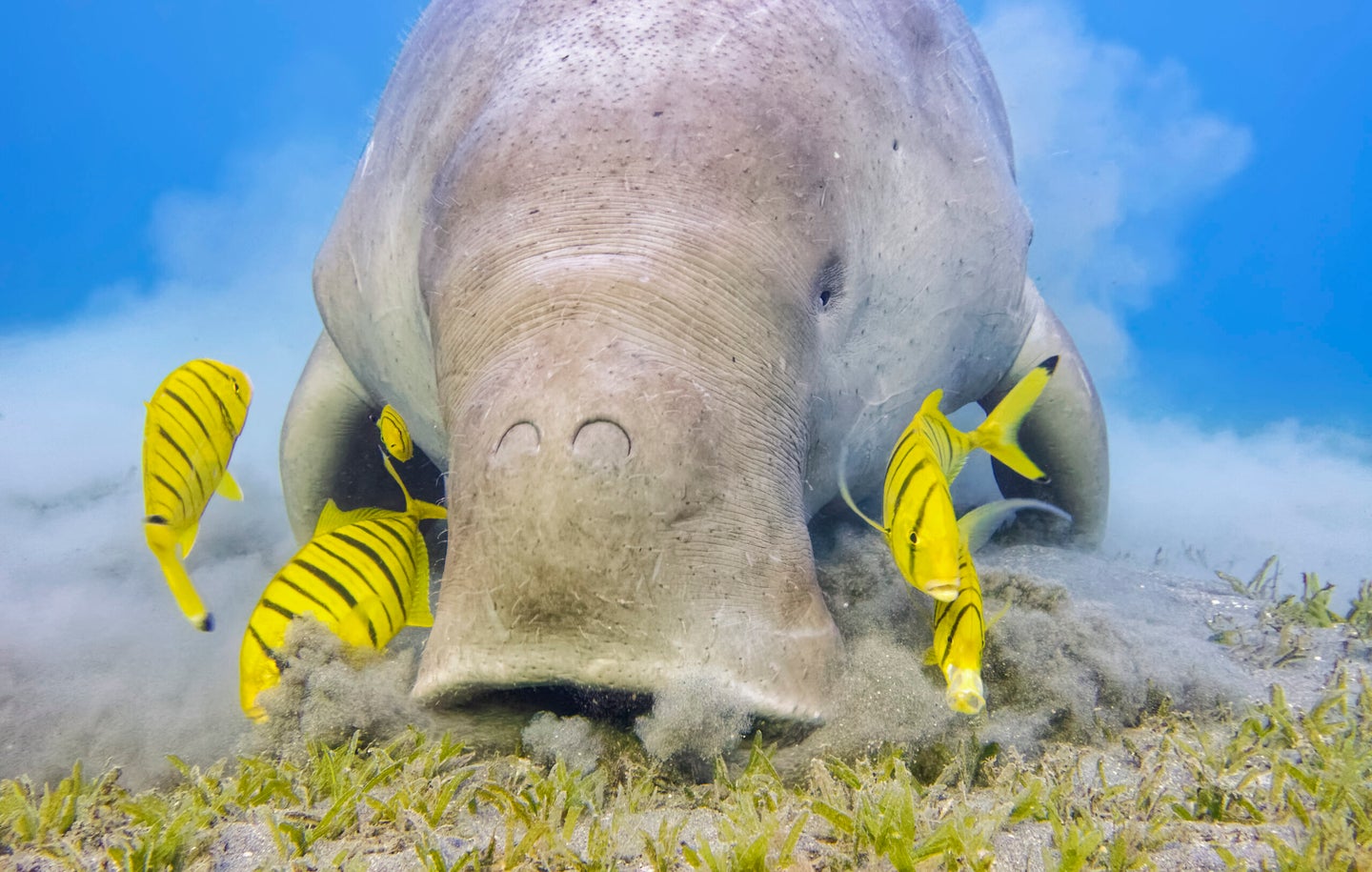 The dugong is a cousin of the manatee. cinoby via Getty Images
SHARE

According to a recent study, a giant marine mammal is now “functionally extinct” in China. Dugongs are native to the waters of southern China. They’re cousins to manatees and are often known as “sea cows.” They can weigh up to 800 pounds, grow to over 10 feet long, and live for up to 70 years. They typically feed on underwater seagrass. Dugongs have not been seen in China since 2008.

To conduct the study, researchers interviewed hundreds of fishermen in China’s southern provinces. They also researched historical records to pinpoint the habitats where dugongs might be found. Based on all available information, they determined the species to be functionally extinct in the country. The authors of the study say the causes of the species’ disappearance include habitat loss, overharvest, collisions with ships, and other human-related issues.

“The likely disappearance of the dugong in China is a devastating loss,” said Professor Samuel Turvey of the Zoological Society of London and co-author of the study in a press release. “Their absence will not only have an…effect on ecosystem function but also serves as a wake-up call—a sobering reminder that extinctions can occur before effective conservation actions are developed.”

Globally, dugongs are considered “vulnerable” by the International Union for Conservation of Nature. They live in the coastal and island waters of the Indo-Pacific. The species is considered to be in decline throughout its entire range. Dugongs have a notably slow breeding rate, which makes it difficult for them to recover from population disruptions. The dugong is considered the first large vertebrate to be extirpated in Chinese waters.