A fellow duck hunter once said to me “I get all my best hunting done in July.” He was referring... 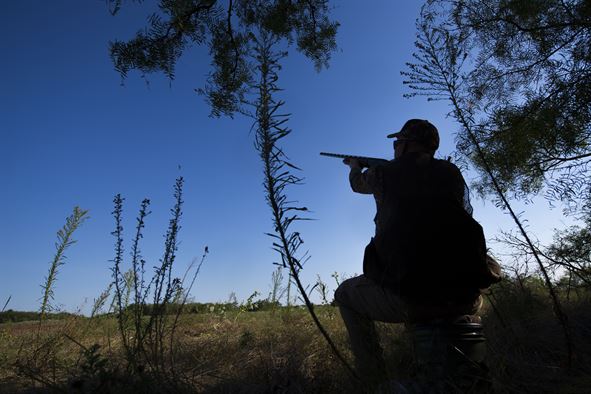 A little off-season preparation can save the opening day of your dove season. Sheppard Air Force Base
SHARE

A fellow duck hunter once said to me “I get all my best hunting done in July.” He was referring to that naïve and happy time before summer daydreams and anticipation collide with reality in the field.

July is now over. It’s August, and time to start thinking about hunting. For most of us, that means doves on September 1. You should be getting ready.

If you didn’t clean your guns when you put them away at the end of last season, now would be a good time. I’d say don’t be “that guy” who shows up on September 1 with a dirty gun that doesn’t work, except that it’s not just “that guy” it’s a lot of people. It’s almost everyone, in fact. If you ever wondered why most promotional “dove and quail” loads sold at Wal-Mart are heavy and fast, it’s so they will function in dirty semi-autos.

Clean your gun. Clean guns work a lot better than dirty ones.

Make sure the plug is in place. You will most likely be checked on opening day. Once in, my plugs never come out, but that’s just me. Put your plug in now. It will save you from trying to make one from a pencil or a stick later on.

Check your choke. Screw in chokes are, on the balance, a boon, but they also allow us to put a tube in, forget about it, and show up in the field with something wildly inappropriate (IM, Full) stuck in the gun.

Shoot! Go to the gun club, get out the trap, whatever, and shoot 75-100 targets a week for the next four weeks. It pays big dividends.

Find your dove gear: your stool, decoys, ammunition, whatever. Get it ready.

This is simple stuff, but every year I see experienced hunters who have forgotten one or more of these steps. They are the ones losing magazine springs in the weeds trying to fashion a plug, missing and/or puffing doves with unnecessary violence – to the detriment of their table quality – with the tight patterns of their full chokes and more.

Of course I am guilty of none of these omissions because I am a professional. Well, except for the choke thing which I’ve probably done, and definitely the gear thing. I am always digging through my piles of other stuff to find my dove decoys and seat the night before the season starts.

But not this year. I will be ready, and so should you.