Study: Why Old Cow Elk Are Nearly Impossible to Kill

After spending years tracking dozens of female elk, a research team at the University of Alberta recently published a study... 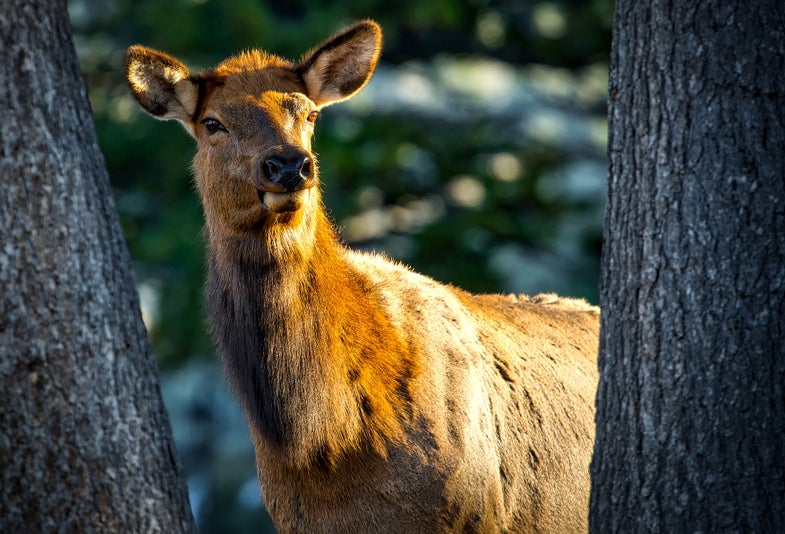 With their finely-tuned instincts and the ability to quickly adapt, most cows maintain a longer lifespan than bull elk.. Courtesy Pixabay
SHARE

After spending years tracking dozens of female elk, a research team at the University of Alberta recently published a study that found cow elk are better suited for survival than their male counterparts. Actually, given enough time, the cows become nearly impossible for hunters to kill.

Henrik Thurfjell, now with the Swedish Species Information Center, led the study while performing postdoctoral research at the University of Alberta. In conducting their research, the team tracked 49 cows with GPS collars that marked the location of each elk every two hours. The resulting data showed a combination of natural instincts and an ability to adapt over time led to the cows’ high survival rate.

The researchers discovered that when threatened by hunters, cows learn to maintain a smaller range and seek safety more quickly than bulls. Adopting smaller ranges decreased their risk of being spotted. They also learned to avoid roads and traverse rougher terrain that hunters would struggle to climb. What’s more, the cows showed a tendency to avoid roads at sunrise and sunset, a time most hunters seek their prey.

According to Mark Boyce, a biologist at the University of Alberta, it takes a decade for cows to fully learn to adapt their behavior, but said they are nearly impossible to hunt once they do.

Boyce added that males in Alberta typically only see four or five years, meaning their lifespan is too short for both the study and the adaptability of cows.

Male elk might have the ability to modify their behavior, Thurfjell told the New York Times, but bulls do not typically survive long enough to adopt the traits of their female counterparts. Bulls’ trophy status, along with their predilection to respond to hunters bugling during the rut, limit their lifespans and thus their ability to modify behavior.

Additionally, the study found that females learn from the deaths of other cows in their groups and alter their habits to avoid similar threats, whereas males are typically more solitary.