Crush Big Bass On The Neko Rig During The Shad Spawn

If you’re unfamiliar with the Neko rig, just run a quick Google search and you’ll get lost in hundreds of... 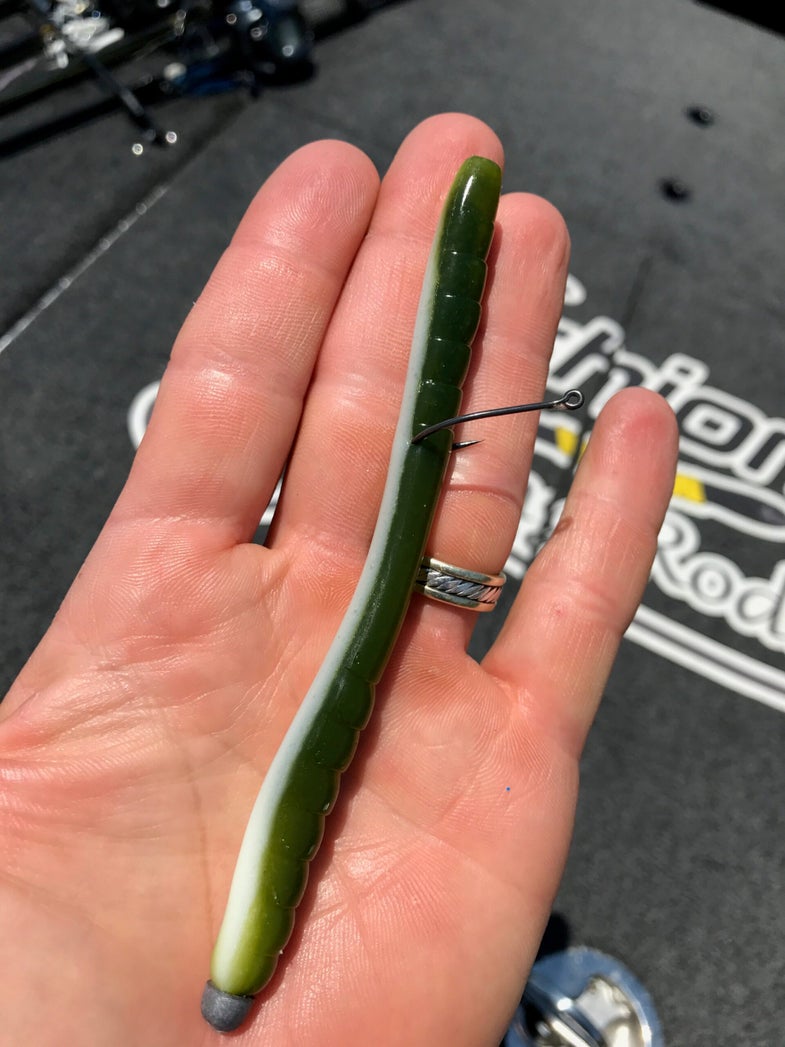 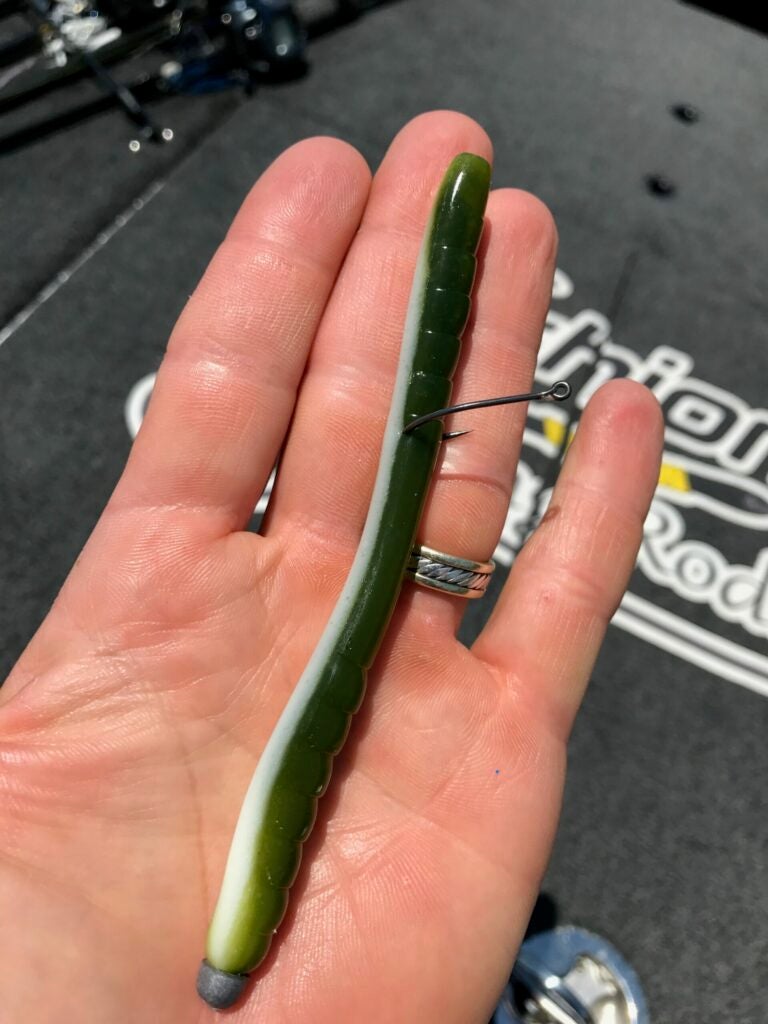 Neko-rigged worms are killer during lulls in a shad spawn bite.

If you’re unfamiliar with the Neko rig, just run a quick Google search and you’ll get lost in hundreds of articles and videos about this recent phenomenon. The short version is that it’s a worm rigging technique that puts the weight (sometimes a small nail) in the fat, blunt end of the bait, while a small hook is pierced parallel to the body in the skinnier section of the worm at least two thirds up towards the tail. What you end up with is basically a vertical wacky rig presentation, and it’s lethal when dragged slowly along the bottom. As with every trendy new presentation in town, however, everyone has an opinion on when and how the Neko works best. Me? I say it’s right now during the shad and blueback herring spawns. Here’s why.

If you’ve ever fished for bass during the shad or blueback herring spawns of late spring and early summer, then you’ve experienced periods where the shad (and the bass, subsequently) are super active and will crush moving targets like swimbaits or topwaters. Then there are other times during peak spawn when the bass just completely shut off. These shutdowns usually occur because the bait stops “working” in those previously on-fire areas, and during the bait spawn the case is often that the bass are only into chewing when the bait is moving and balled up. It’s during these shutdowns that the Neko rig shines. I’ve personally had success using smaller diameter finesse worms in natural baitfish colors like gray/blue or green/pearl laminates. I believe the Neko does a great job of mimicking a lone, possibly wounded baitfish still lingering in the vicinity where the action was recently hot. The trick is keeping your distance from that zone, making really long casts, and working the Neko rig slowly.

The Neko is not entirely snag-proof, but it’s surely more snag resistant than a shakey head or a weighted wacky worm. That’s because of the location of the hook in relation to the weight on a Neko rig. An added advantage of this presentation is that bass eat the hook end of the worm first, making hookup ratios pretty good compared to similar worm rigging styles. In the past I’ve found it very difficult to catch bass during those lulls, so I’ve been pleasantly surprised with how well this presentation has filled that void that has sent me home perplexed many, many times.