Necessity is the mother of invention, the saying goes. And in Cuba, this has proved true among a group of … Continued 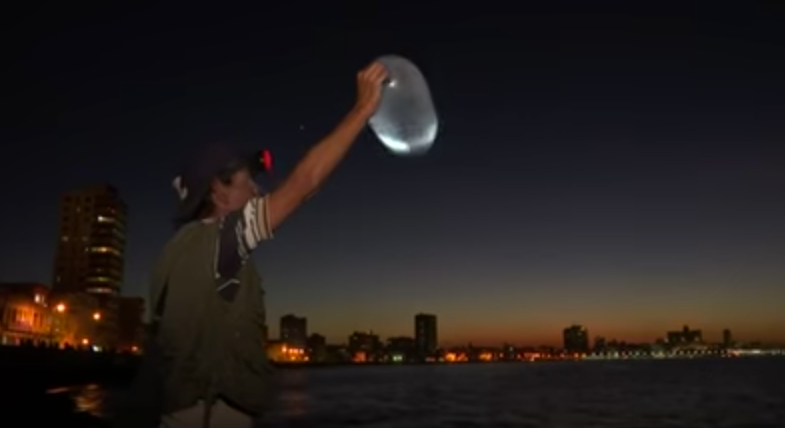 Necessity is the mother of invention, the saying goes. And in Cuba, this has proved true among a group of fishermen who have taken to inflating condoms to catch fish. It’s called balloon fishing, and the floating condoms carry the anglers’ bait up to 900 feet from shore to hook trophies.

As NBC Miami reports, Cubans have adopted the method as a result of limited resources and the high cost of purchasing a private boat. The fishermen simply can’t get their lines out far enough to catch big fish. “No one can cast line that far by hand,” said local fisherman Ivan Muno. “This is the most effective way to fish. I can be out here all night with the balloons out.”

Many of the anglers who use the condoms are looking to feed their families. But many also opt to sell their catches, which can fetch a dollar a pound on an island with an average monthly income of about $25. Selling fish is illegal without a license, but the big money drives many to disregard the law.

Balloon fishing is less risky compared with riding the high seas on an inner tube or on foam blocks, two other popular makeshift ways to catch fish off the Cuban coast. The latter is known as cork fishing, which the Coast Guard cracks down on, but balloon fishing is kosher.

“It’s efficient and everyone uses it,” Alex Romero, Old Havana Federation of Fishermen, told NBC Miami. “It’s the ingenuity that Cubans always show in resolving problems without spending a lot of money.”