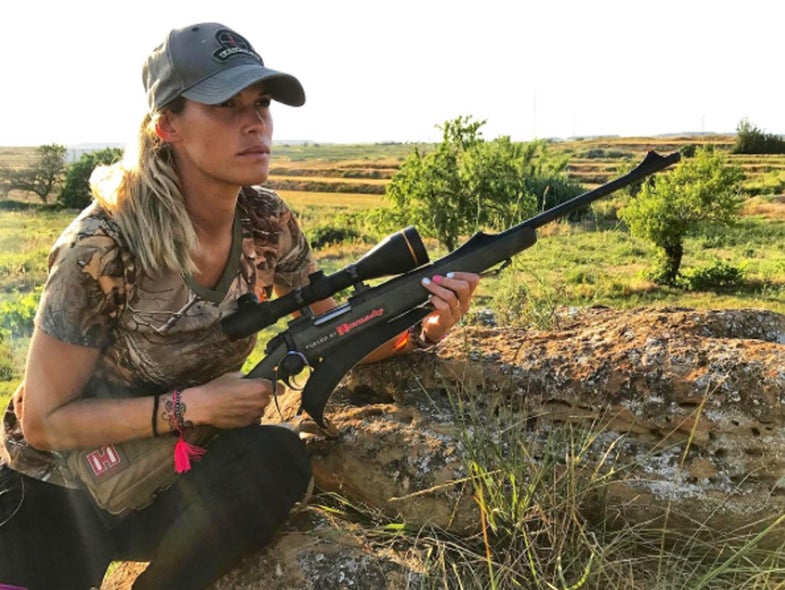 Nature—the ocean is a good example—isn’t especially cruel. It’s not out to get you. It’s just that it’s supremely indifferent and not particularly forgiving.

The Internet makes the ocean seem like Mary Poppins. It’s a place where the cruelty most of us keep bottled up most of the time finds running room. And boy does it run. Melania Capitan, a popular Spanish hunter with a big presence on social media, took her life last week after years of insults and death threats on the Internet, according to the Daily Mail.

Capitan, 27, was from Catalonia, Spain. She reportedly had 39,000 Facebook followers, who eagerly awaited news of her latest hunts and the tips she shared about hunting. She was a beautiful woman who, to judge by recent photos, had just gotten married. It appears that she knew how to hunt and loved it. She respected the animals she killed. You can see that from the photos she shared. They’re not hero shots; they’re the pictures of someone who gets it. She seemed to love being outside, hunting, and sharing her knowledge with her followers. We do not know exactly what caused her to take her own life.

But few issues seem to strike deeper chords in people than hunters’ rights vs. animal rights. For years, animal-rights activists had called her a “bitch” who “loved killing innocent animals.” There were thousands of variations on this theme, but you get the idea. Years of bile in your inbox take their toll.

Is it the anonymity of the web that invites us to be our worst, most hateful selves? The fact that when you’re sitting in a room at a screen by yourself venting your hatred and anger, it’s easy to imagine that there is no real person on the receiving end? I don’t know. I do know that the meekest among us seems to feel free to write the vilest kind of insults when we’re online.

After her death, the gloating was both reprehensible and predictable. One comment: “Karma.” Another person wrote: “You have done a favour to humanity. Bye Bye!” Another: “She is alive, do not worry, what happened is that she left hunting and now is in the casting of the series The Walking Dead.”

That’s when the backlash to the backlash started. That was both reprehensible and predictable, too. People who either hunt or are pro-hunting jumped into the mud with both feet and started slinging at least equally offensive personal insults at the haters who had tormented Capitan. There was profanity of the crudest kind, words for women worse than “bitch.” And so all of us put our shoulders to the hate-go-round to make it spin a little faster, a little more frenetically. You could practically hear people’s minds snap shut like rat traps.