You may think you know exactly where your bullet hits at extreme distances. You may also be wrong 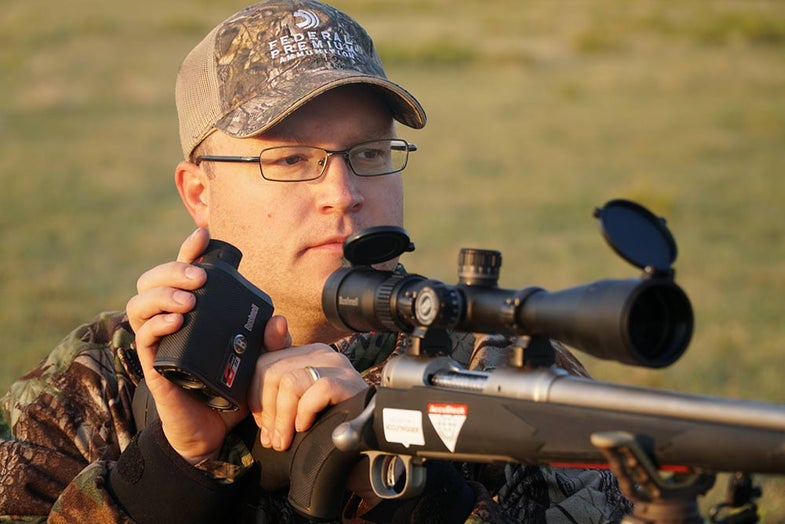 “Dead nuts” is machinists’ jargon for nuts that have been torqued down until they will tighten no further. Or so I am told. When applied to zeroing a rifle, it means a default-to zero that you can refer to until the Clap of Doom.

A dead-nuts zero is not only important to competitive and tactical shooters, but also to hunters who have spent vast sums on equipment with which to pot unsuspecting animals at extreme distances and save themselves the work of stalking or being encumbered by old-fashioned concepts like fair chase.

Getting a dead-nuts zero means going out on an early morning when there’s no breeze and no mirage. You find out where your rifle shoots at whatever range you want to hunt at and adjust the scope accordingly. Simple, yes? Not in real life.

Let’s say you’re shooting a cartridge like the .308, which despite its modest size is effective at over 1,000 yards. Your first step is to get a dead-nuts zero for the shortest range at which you expect to clobber Bambi, let’s say 300 yards. (After that, you would be well advised to see where your bullets hit at 100 yards, just in case you get an old-fashioned close shot.)

Then, you’ll have to decide how you’ll handle longer ranges. You can buy a scope with stadia wires and use them, or you can put in clicks of elevation. Stadia wires are faster to use, but clicks are more accurate. However, in the heat of battle, you have to remember which stadia wire represents which distance, or you have to make sure you don’t turn the elevation knob Down when you mean it to go Up.

So, let’s assume you go the click route. If you’re shooting a cartridge like the .308 or 6.5 Creedmoor, you probably won’t get enough drop between 300 and 400 yards that you can’t handle it with Kentucky windage. If you’re shooting at a sizeable beast, hold high (but never hold out of the fur), and the bullet will probably drop right into the old boiler room. If you have a hyper-velocity cartridge like the 6.5 Weatherby, it shoots flat out to 430 yards or so, and you don’t have a worry in the world.

Now let’s go back to the dead-nuts concept. You’ll discover that when you shoot under anything except ideal conditions, your zero is null and void. This is caused by our old friend wind, and wind’s evil little brother, mirage. They can send your bullet astray by inches or feet, and can cause a complete miss or a gut shot.

Unless you’ve done a lot of shooting at distance and can figure out what to do about all this in an instant, you’re in trouble. The one thing working in your favor is the fact that big-game animals who are being sniped from 500 and 600 yards will sometimes give you five or six shots before they decide that the neighborhood has deteriorated and it’s time to leave. Or they may clear out on the first shot.

I suspect that 99 percent of the long-range shooting equipment sold gets put in the closet when its owners find out how difficult the enterprise actually is.

Probably, they go back to the bother and inconvenience of hunting.