The warts are contagious among deer, but cannot be passed to humans 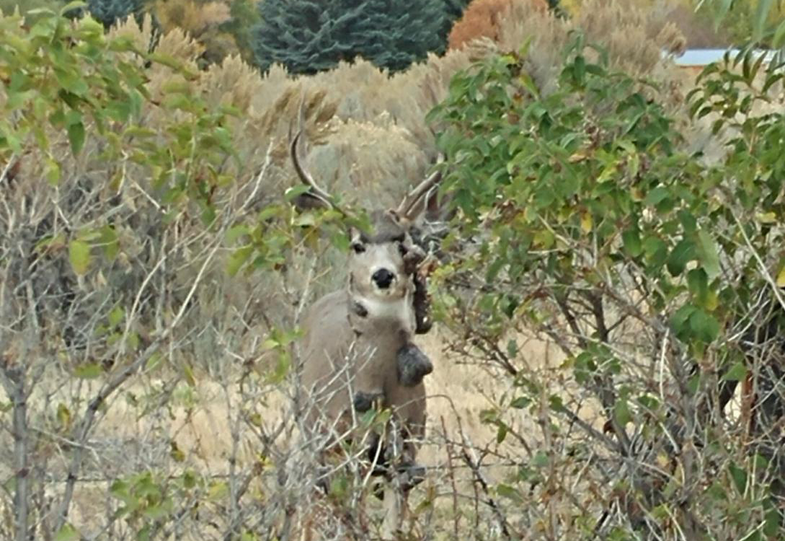 Hunters in central Idaho are seeing a startling sight when they glass the area around the Lost River Range. Bucks with bumps on their bodies, especially on deer wandering through the small town of Mackay. The large lumps are warts and they’re contagious.

“An infected deer rubs against a tree. Another deer rubs against the same tree and picks up the wart,” says Mark Drew, Idaho Department of Fish and Game wildlife veterinarian. “Eventually the deer will develop immunity and the warts they have dry up and fall off. They don’t develop warts for the rest of their life.”

Warts are more common in whitetails than muleys, but occur in both and usually subside within a year. Warts pass among deer, but don’t pass from animals to humans or vice versa. The unappealing growths, scientifically known as papillomas, are benign and harmless to deer unless they cover the animal’s eyes or mouth.

The warts are also harmless to hunters harvesting infected deer. The swollen masses don’t reach the meat and easily release when the hide is removed, but chances are most hunters are passing on a buck with any attachments other than antlers.

“I’ve seen much worse than this,” Drew says. “I’ve seen deer with hundreds of them and they vary in size from a thumbnail to larger than a grapefruit.”