The decision to lift endangered species protections for over 700 grizzly bears near Yellowstone National Park is being delayed after... 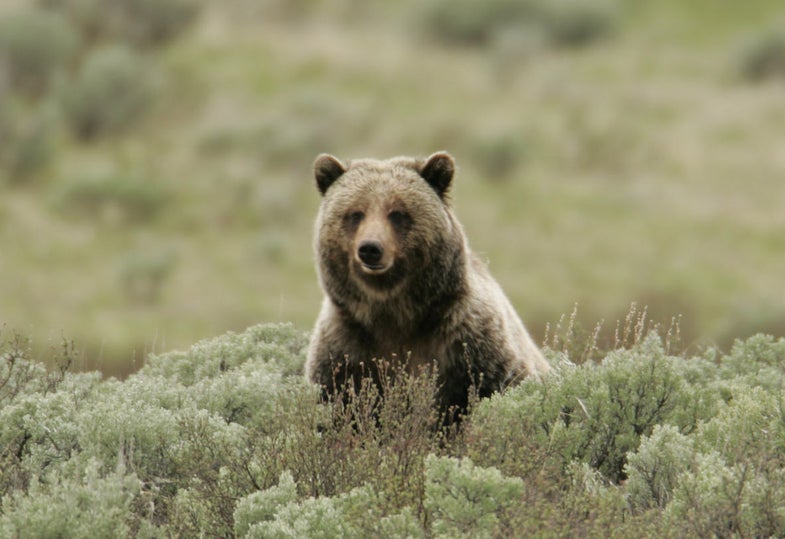 The decision to lift endangered species protections for over 700 grizzly bears near Yellowstone National Park is being delayed after the U.S. Fish and Wildlife Service received more than 650,000 comments on the proposal. According to the Billings Gazette, officials are postponing the decision by up to six months in order to review the high volume of comments.

The decision to delay the delisting was anticipated after a December meeting to approve a conservation plan to manage the Yellowstone population once the Endangered Species Act protections are lifted. After the meeting, FWS spokeswoman Serena Baker said the high volume of comments “represent a considerable workload to be done.” Continuing, she said, “Once those comments are addressed, then either a final rule is drafted and published in the Federal Register, or the proposed rule published in March 2016 could be withdrawn.”

The federal grizzly protections have proved successful, and the grizzly population in the Yellowstone area has grown to roughly 700 after only 136 bears existed in 1975. Accordingly, scientists think the population may be at capacity in the region. In the last two years, though, researchers have accounted for 106 grizzlies killed in the Yellowstone area, accounting for the highest number of deaths over such a time period since the ursine omnivore listed as threatened in 1975. Despite those totals, however, U.S.F.W. Assistant Regional Director Michael Thabault said the population is sustainable after growing from only 136 area bears when they first received protections.

“The bear population has been increasing over time and those mortalities are within the bounds of what we’ve been considering,” said Thabault. “We expect the population to go up and down, but basically revolve around this (current) level.”

According to the National Park Service, roughly 150 grizzlies have ranges wholly or partially inside the park. A total of 717 are estimated to live in the Greater Yellowstone area. Since 1922, 31 out of 37 separate grizzly populations were eliminated in the West. Today, only an estimated 1,400 to 1,700 wild grizzlies remain.