I used to insist that my general-purpose big-game rifles weighed 8 pounds or less, with scope. Not any more 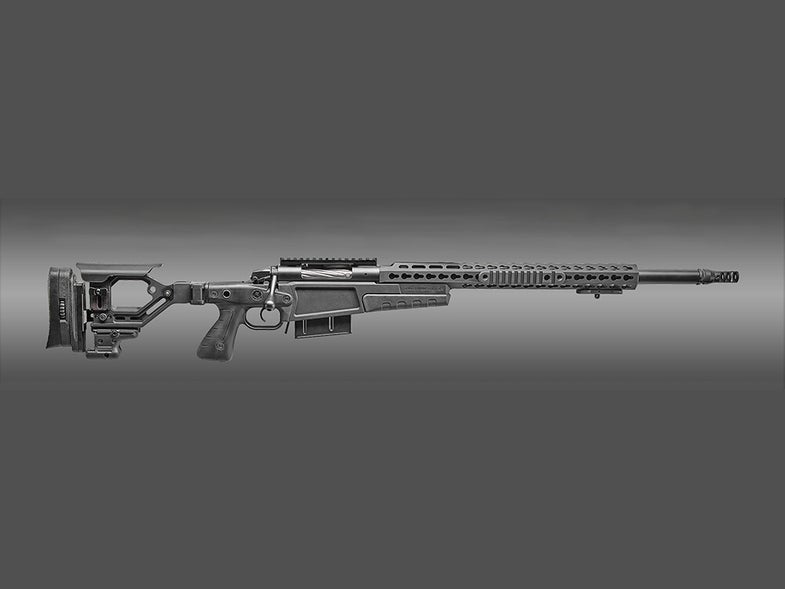 I did some more looking backward (see my September 4 post) and discovered that I used to be a fanatic about gun weight. So were a lot of other people. Warren Page and Jack O’Connor, who influenced me most in my formative years, were forever ranting that rifles were too heavy, and spending large sums* to get rifles that were not too heavy. Both men agreed that, for an all-around hunting rifle in a non-shoulder-smashing caliber, 8 pounds was about right. That is, 8 pounds with sling, 4X scope, and a full magazine.

In the 50s and 60s, when I was soaking all this up, the way you got to 8 pounds was by chopping and channeling. You began by turning down the barrel and hollowing out everything that could be hollowed, and I do mean everything. The stock, unlike factory stocks at the time, would have nice, slim lines. And usually, all of this would do the job.

The problem was, I took this to extremes. I kept many a gunsmith’s wife in minks and diamonds by cobbling on rifles that weighed, say 8 pounds, 5 ounces or, God forbid, 9 pounds.

Today, my attitude is, who cares? I have probably half a dozen big-game rifles that are much too heavy to meet the sacred 8-pound limit, and I am serenely untroubled.

I have a Montana Rifles American Legends model in .280 that weighs just under 10 pounds, courtesy of a highly figured stock. Way too much. But it has hardly any recoil to speak of, and when you get it on target it stays on target. I like it just fine as is.

Some years ago in Texas, Craig Boddington loaned me one of his rifles which was a sort of an experiment. It was an 8mm Remington Magnum, built with a 28-inch barrel, and a weight of 12 pounds. I carried it through the thorns and the ticks and the rattlers, and did not die. In fact, its weight saved me from a hell of a scope cut.

Jeff Cooper said that the weight limit for a Scout Rifle is 7 pounds, I think, and my two Ruger Gunsite Scouts weigh 8 ½ and 9 pounds, respectively. With full 10-round magazines they go considerably heavier.

The two rifles I shoot most are a pair of Bergara Heavy Tactical .308s. Each weighs 14 pounds. The current U.S. Army sniper rifle, the M 24, weighs 12 pounds with nothing on it, which means that it weighs 14 or 15 pounds with sight.

The M-16, in its original wretched configuration weighed 6 ½ pounds. Its most recent evolution, the M4AI Carbine, also weighs 6 ½ pounds. With a 30-round magazine, it weighs 7.49 pounds. But then, when you add a night-vision device, ACOG, EOT Holographic Sight, suppressor, forward hand grip, Infrared sight, FLIR (Forward Looking Infrared Radar), power-drink dispenser, grenade launcher, and bayonet, you probably have the equivalent of grandpa’s M-1 Garand. Or worse. Not to worry; today’s Marine or Army infantyman has to carry so much other stuff** that a 10-pound rifle doesn’t matter much.

I think that most shooters share my indifference to weight. This is due to the craze for long-range shooting, which requires a heavy rifle; the fact that we hunt more and more out of stands, and don’t walk anywhere to speak of; and the AR craze. Most shooters can’t abide the sight of a naked Picatinny rail. They have to clamp something to it, or several somethings, and those somethings add weight.

Does this mean I’ve abandoned light rifles? Not on your bulging discs. One of my favorite guns is a New Ultra Light Arms Model 20, which weighs an ounce under 6 pounds with scope. It was built in 2003, and is chambered for the 6.5×55 Swede. If I were to have it made today, it would be in 6.5 Creedmoor, just to be trendy. It shoots tiny groups, and there is no nicer hunting rifle.

But I don’t get nuts on the subject anymore. My attitude was summed up by the late Peter Barrett, a hard and pitiless man and a hunter of great experience who said:

“If you can’t carry the damn thing, what are you doing out there in the first place.”

** According to an article titled The Overweight Infantryman by James King, published on the Modern War Institute website, Marine Corps officers are required to carry up to 152 pounds for 9 miles at a 20-minute-per-mile rate, or 3 mph. This does not take into account the weight of the Marine; everyone has to do it, whether they weigh 120 pounds or 240 pounds.