Last week, David Smart, 45, received a ticket for launching a drone from a highway and flying it over a … Continued 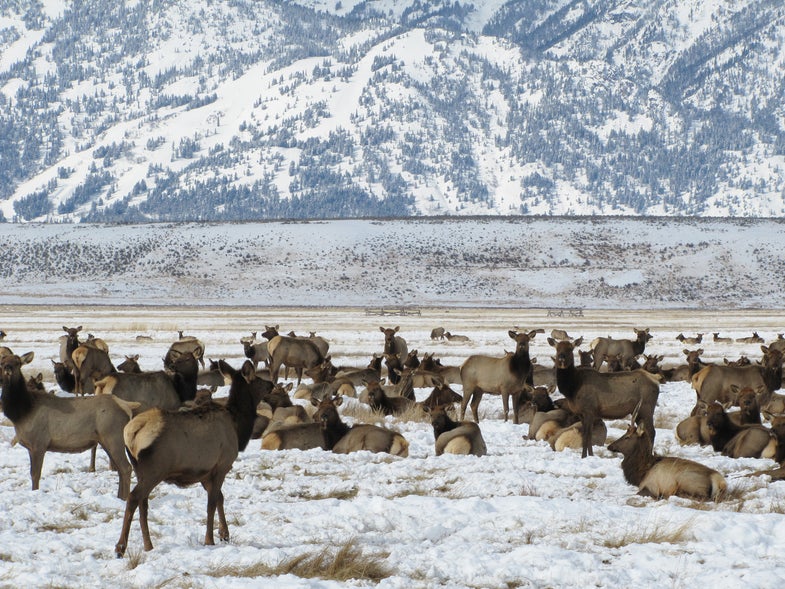 Last week, David Smart, 45, received a ticket for launching a drone from a highway and flying it over a herd of bedded elk in Wyoming’s National Elk Refuge, a 25,000-acre sanctuary for one of the world’s largest wapiti herds. The drone caused an estimated 1,500 elk to stampede for half a mile, according to officials.

Cris Dippel, who manages the National Elk Refuge, told the AP that Smart, a Washington, D.C., resident, was apologetic, but Dippel made clear that area biologists take wildlife harassment very seriously. This winter the refuge has received twice as much snow as it normally does, with 3 feet blanketing the area, making it a particularly tough year for the state’s big game.

“It’s a crucial time of year for those animals,” Doug Brimeyer of the Wyoming Game & Fish Department told reporters, “and they don’t need to be burning up additional energy stores unnecessarily.”

The Refuge has regulations in place to protect its large elk herd from disturbances by shed hunters and snowmobilers. Moreover, officials have put out alfalfa pellets and other food this winter to help elk and bison survive the threatening conditions.

Wyoming already has strict regulations in place when it comes to drones, including a law introduced last year that makes it illegal for hunters to use unmanned aircraft for scouting big game from August 1 to January 31. Smart, who claimed he was trying to film the animals, has been charged with the federal crime of disturbing wildlife, which is punishable by a $5,000 fine, in conjunction with the $280 ticket he received.