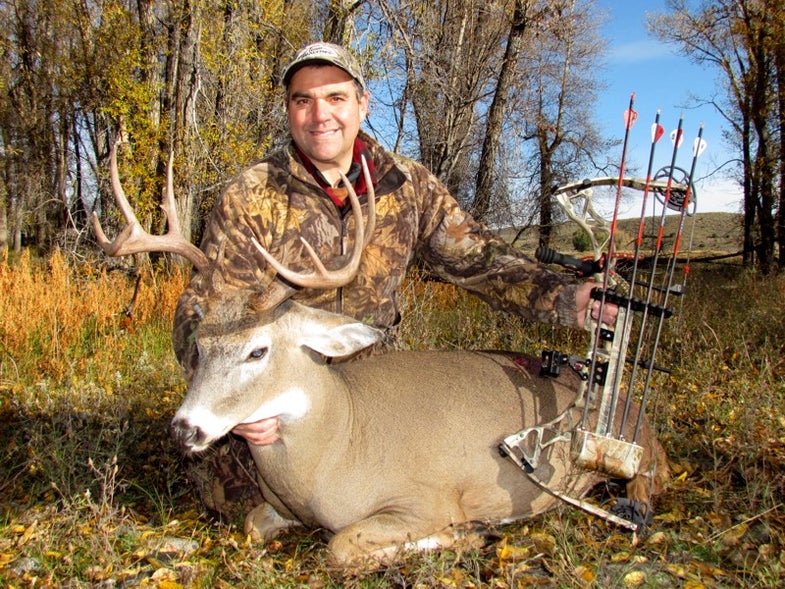 A good cold snap gets bucks on their feet during this time of year. Keith Miller
SHARE

We all know the weather has a huge influence on daylight deer movement, especially this time of year. Significant warms fronts put deer on their bellies, and of course a cold front can have the complete opposite effect. Fall is a rollercoaster of changes, and no one knows this better than Keith Miller, owner of Montana Whitetails. Keith’s hunters have seen both extremes, all within a short time frame. Here’s his report:

“We did receive our first significant snowfall of the season, which triggered a flurry of deer movement. The hunters were seeing some big bucks that hadn’t been seen all season. Snow basically pushes the deer into a feeding frenzy, and saw a lot of activity over the last three days. It put bucks together onto some food sources where they normally wouldn’t be ‘bumping’ into one another this time of year. That brought on a lot of posturing and light sparing between younger bucks. A few 4- to 5-year-olds also flexed their muscle with some posturing of their own. Hunters reported seeing lots of this during the last few days.

“I also saw a year-and-a-half old buck harassing a doe the other evening. No other bucks in the field even paid attention to it, so I mark that up to an overly eager young buck. That happens some years when you have so many deer in the same area. You can see a broad range of activity in the different age classes. The weather did warm up again, but that early snow really kicked them into a feeding frenzy. Today it’s warm, windy, and raining, and things have slowed down substantially.”