6 Expert Tips for Hunting Coyotes in the East

Calling in coyotes is a whole lot tougher on the eastern side of big river. But you can have success, if you know the secrets. This Kentucky coyote expert shares his best tips for hunting eastern coyotes 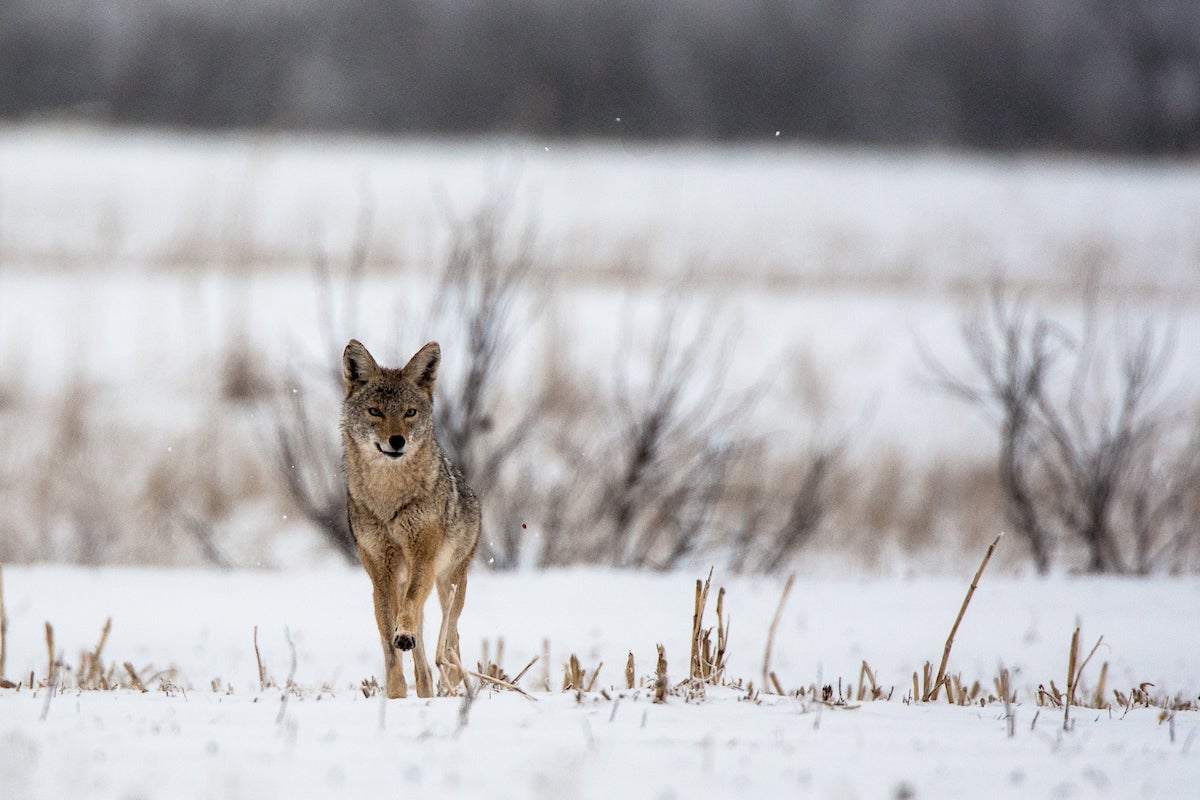 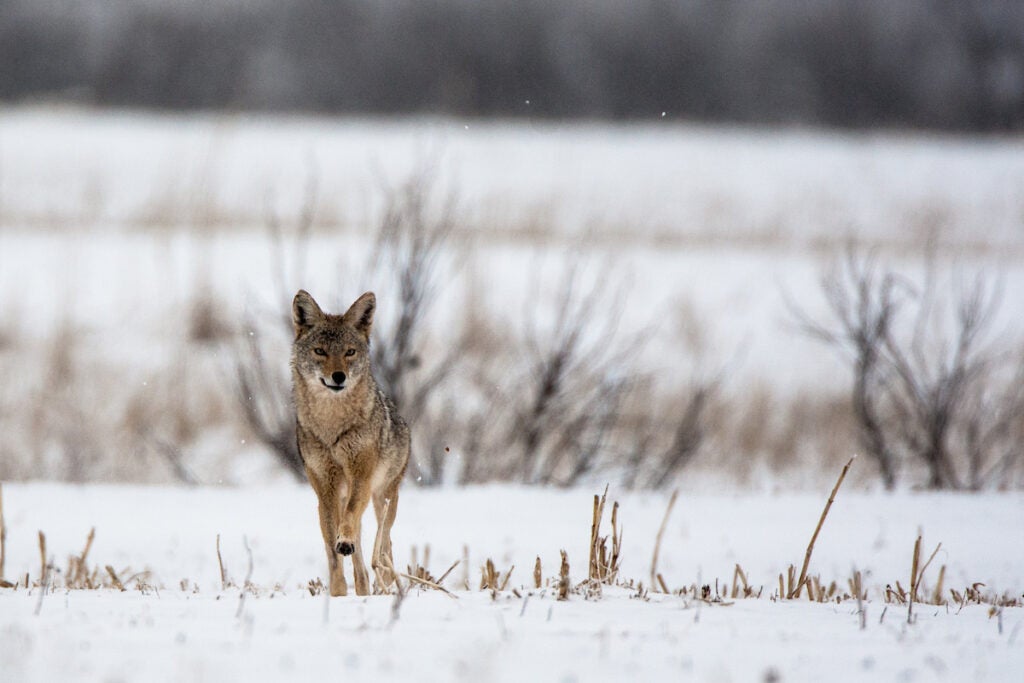 A coyote charges across a snow-covered corn field.

You probably don’t know Tim Eaton. He’s a Kentucky preacher who can skin a buck, call a turkey, catch a bass, and hold his own in just about any outdoor pursuit you care to name. But to people in these parts, he’s best known as a coyote hunter. He shoots 30 to 40 big eastern coyotes each winter using nothing but his hand calls and an old Savage rifle. After hunting with him last year, I learned that his success comes from following a few fundamental rules to hunting and calling these predators.

1. Be Persistent When Calling Coyotes

Most eastern coyote hunters are all too familiar with the sting of defeat. Eaton and I hunted a full week last February before we shot one coyote. In this part of the world, that’s not terribly unusual—though admittedly, we had tougher-than-normal conditions. If you want to be a coyote hunter in the East, you have to persevere through the dead sets.

2. Study the Wind When Setting Up for Coyotes

“The most critical thing when calling coyotes, in my mind, is the wind,” Eaton says. “I may know there is a coyote there, but if the wind isn’t right when I’m planning my setup, I’m just not going to go in. Ninety percent of the time, that dog is going to smell you before you see it. It’s just as important to play the wind getting to where you want to hunt, too. If the wind is carrying your scent toward them, they’re already gone before you make the first sound.”

3. Be Ready for Warm Weather

In the Southeast, 50-degree-plus days are common throughout the wintertime. That makes coyote hunting tougher—but it doesn’t mean you shouldn’t go. “They don’t usually move as late when it’s warm,” Eaton says. “And generally, they’ll bed up on thicket edges where they can catch a good breeze and lay in the shade. The opposite is true on really cold days. Coyotes will bed deeper in cover, out of the wind.”

4. Set Up Where You’ll See the Most Coyotes

Many eastern hunters simply do not see responding coyotes due to the rolling terrain and dense cover. “It’s good to know how your land lays. Knowing what is within a half mile of you will help determine from what direction those dogs are going to approach you,” Eaton says. He suggests setting up within 400 to 500 yards of a suspected coyote bed. Get too close and you risk bumping dogs. Set up too far away and they’ll never commit. He also encourages in-depth analysis of the terrain before making the first calls. “If you don’t set up to where you can see over a break or down each side of a point, coyotes will come in and you’ll lose them, with no idea where they’ll pop up at,” Eaton says.

Eaton uses distress calls 95 percent of the time, but he does change up his sounds. “Generally, I’ll start out soft and then work my way up in volume from there,” he says. “I call in 30- to 60-second sequences. After eight or 10 minutes, I’ll go to a much louder call. You can change the pitch by where you’re at on the reed, and the volume by the length of the horn (your hand positioning) on the call.”

Eastern hunters deal with fewer coyotes, smaller properties, more hunting pressure, and tougher terrain than western hunters. To counter all of that, you need plenty of ground to hunt. “Having access to a lot of land is a great benefit because you can’t go into the same territory day after day or week after week,” Eaton says. Fortunately, it’s usually easy to get access for hunting predators. “Many property owners and farmers won’t let you in during deer or turkey season, but they will let you hunt coyotes at other times of the year,” he says. “Take care of the land and treat the property owners right. Do that, and most of them will let you come in and hunt coyotes.”