Today, the fate of our democracy rests in your hands and mine. Neither choice is appealing. Either we elect a... 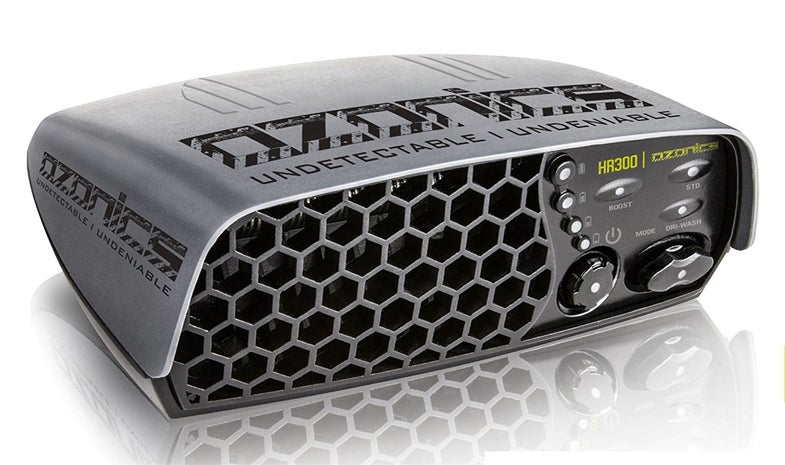 What’s worse is that it’s the full-on rut and temperatures will reach 66 degrees—not exactly run-around-and-frolic weather for whitetails in winter coats. But I’ll be out there, just like I was yesterday and Saturday. (You can’t hunt on Sundays where I live, a relic from when our Puritan ancestors, who always knew exactly what God was thinking, decided He wouldn’t like it. Actually, I think they just couldn’t abide the idea of anyone actually enjoying himself on the Sabbath. But I digress.)

In my dotage, I have become a fan of ladder stands. They’re a pain to put up, but once they’re up, they’re up. I can climb up a ladder a whole lot faster than I can shimmy up a tree in a climber. And when I finally arrive at the desired height, I’m not drenched in sweat that broadcasts my presence and then freezes while I sit waiting.

I’m also using an Ozonics unit this year, which puts out a continuous stream of ozone, a colorless, odorless gas that, like me, is highly unstable. Unlike me, it readily bonds with other available molecules—a hunter’s body odor, for example. It then grabs these molecules by their throats, which are, like, super tiny, and throttles them into submission individually. The result is that it neutralizes your scent.

I actually think the thing works, even though I lack definitive proof, either scientific or in the field. I just haven’t seen that many deer this year, either downwind or otherwise. (Actually, I had a doe and fawn come in to a downwind bait I was hunting on Saturday. But the wind was blowing about 8 mph and I was well above them. So hard to say if it was the Ozonics working or my position.) But the principle makes sense. Hospitals and all kinds of industries use ozone to purify things. In sufficient quantities in grain silos, for examples, it kills insects.

The use of the unit is a bit counterintuitive. You screw the mounting arm into the tree a little above your head, add the unit, and tilt it so the flow of ozone is on the downwind side of your scent. You want your scent to waft into the stream of ozone.

You know when people say they can smell rain coming? Turns out they can. And what they’re smelling is ozone, a kind of sweet, pungent zing in your nostrils. (The word derives from the Greek ozein, “to smell.”) Here’s the thing. You don’t want to smell ozone when you’re using an Ozonics unit. If you do, you’re using it wrong. Also, it’s not healthy to be breathing in the stuff in any concentration, since it’s a respiratory hazard and pollutant. This is probably not a problem in a stand, although it could be in a blind.

I know guys who won’t go afield without one. Then again, there are guys who won’t go afield without their lucky rabbit’s foot. Whether or not the system has been perfected yet, I don’t know. And the things aren’t cheap. The early model, the HR 200 is $300 on the Cabela’s website but, sadly, is sold out. It earned 4 stars out of 5 from 56 reviewers. The HR 300 goes for $500 at basspro.com but hasn’t been reviewed yet. Personally, I’d rather have a $300 bow that shoots decently and something that costs $500 and kills most of my scent than an $800 bow and lots of B.O.

Anyway, I sat in my ladder stand in a brushy bottom for three hours yesterday afternoon. During which time, I barely saw a squirrel. What’s the deal? I thought. It’s the damn rut! Where are the deer? Then, at dark-dark, the last minute of legal light, a deer came crunching down the ridge directly behind me. Slow, cautious steps. I turned my head and could just make out that his rack. It was inside his ears, maybe a 6-pointer. I wasn’t going to shoot, but I thought it would be a good opportunity to see whether I could get in position for a shot without getting busted. I waited until his head was behind a tree, stood, and turned. The stand creaked. The buck took off. He wasn’t super scared, didn’t snort, just went 50 yards higher up the hill. And he was upwind.

So go vote, citizen. And then wish me luck. And lie to whoever necessary so you can get out in the woods yourself.