With the election over, we’ve had some time to take a step back and consider what the results mean for... 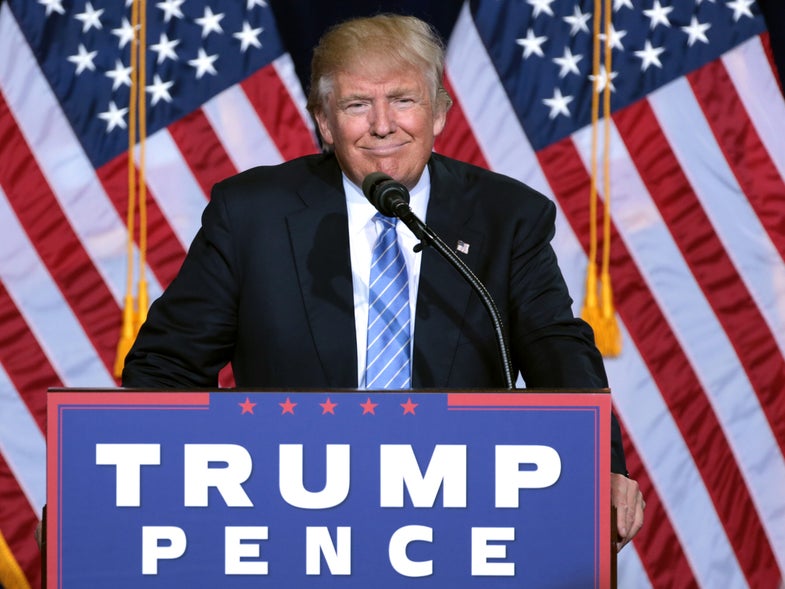 With the election over, we’ve had some time to take a step back and consider what the results mean for sportsmen—and there’s no shortage of conflict. Here, Bob Marshall discusses the impact the results will have on conservation. For David E. Petzal’s perspective on the win for gun owners and the 2nd Amendment, click here. —The Editors

While gun owners benefitted from Tuesday’s election, the sportsmen’s conservation community has reason to worry.

That’s because the GOP, which has opposed sportsmen on many conservation issues, now has control of the House, the Senate, and the Oval Office.

And that means for the next two years at least, when it comes to legislation that removes protections of our public lands, air, and water, there will be no checks, and very little balance.

This isn’t a partisan attack, simply a statement of the facts. The current GOP platform supports issues that sportsmen’s conservation groups consider dire threats to their existence. It reflects the agenda its congressional delegation has followed for years.

Republicans support the transfer of public lands to state ownership, a move that would basically end a tradition of public outdoors sports that is the envy of the industrialized world.

They oppose the wetlands protections that are critical to sustaining waterfowl and cold-water trout populations.

They support the priority of energy development over wildlife protections on public lands.

They oppose climate change regulations and treaties. They deny the scientific evidence (the actual measurements, not just the computer model) that the planet is warming, which portends destruction of ecosystems and fish and wildlife as we know it.

They oppose stronger regulations on farm runoff and sewage treatment to stop the decline of our rivers and coastal estuaries.

They oppose full funding of the Land and Water Conservation Fund, a bipartisan commitment that uses royalties paid by energy companies drilling for oil and gas to create and protect national parks, areas around rivers and lakes, national forests, and national wildlife refuges, and to provide matching grants for state and local parks and recreation projects.

And that’s just a partial list of their differences with outdoor folk.

President-elect Donald Trump’s positions on most of those issues do not inspire confidence. This brief by Outside magazine provides a good outline of what to expect—or not.

The most promising area is one of the most important: transfer of public lands. His sons are avid sportsmen and public lands supporters. And early this year, in a Q&A with Field & Stream , Trump was very clear he opposed state control of those lands.

“I mean, are they going to sell if they get into a little bit of trouble?” he said. “And I don’t think it’s something that should be sold. We have to be great stewards of this land. This is magnificent land.”

Later, in June, Donald Trump Jr.—a known advocate for hunting, fishing, and public lands, and who has been mentioned more than once as a candidate for Secretary of the Interior in the Trump administration—stated while speaking for his father at a conservation summit that federal lands should remain in federal hands.

When candidate Trump later waffled on federal-land stewardship in a speech in Nevada, his sons apparently soothed concerned sportsmen.

“We contacted Donald Jr. after that (Nevada speech) and he assured us nothing had changed,” said Whit Fosburgh, president and CEO of the Theodore Roosevelt Conservation Partnership.

“So we feel confident, with his sons as advocates on that issue, we should stand in pretty good shape there (at the White House).”

But Fosburgh admitted that’s where any good feelings about this election end.

“I don’t have that same sense on most of the other issues,” he said, naming energy production on public lands, clean water issues, and especially climate change.

There is little reason to think that Trump will deviate from the Republican platform on climate change. He has stated often and loudly that he believes the thousands of scientists who concur on the research are either part of a conspiracy, or are “wrong.” (His college degrees are in business.) So he opposes climate regulations.

With that kind of partner in the White House, the anti-conservation wing of the GOP Congress will probably have their way.

Nor should conservationists expect much help from the Supreme Court. Trump has promised to fill the current opening with a judge in the mold of Antonin Scalia, one of the conservative majority that gave us rulings striking down wetlands protections.

The day after that reality set in, sportsmen’s groups were doing the sensible thing: Reaching out to the winners and asking to work together.

Fosburgh points out that communication is essential. “We should engage, give him the benefit of the doubt,” said Fosburgh. “Not step back, but go in and make very clear what our objective is and why it makes sense for him to do that.”

But around the same time Fosburgh was looking for cooperation, the GOP Speaker of the House Paul Ryan was telling reporters he was “excited” about working with Trump on GOP priorities, which, as we know, includes giving ranchers and timber companies more access to public lands, and rolling back recent new rules protecting wetlands.

Sportsmen who care about leaving their traditions to the next generation now face a great challenge.